Share All sharing options for: Notes from the Bills' O-Line: Mid-Season Analysis

Editor's note, by Brian Galliford: For those of you who've been around Buffalo Rumblings long enough to know how this blog operates, you'll know that what you're about to read isn't my work. I'm all for doing oodles of research, but nobody dedicates themselves to their specific craft as thoroughly as Ron From NM, our resident Buffalo Bills offensive line guru. What follows is his incredibly in-depth analysis of the Bills' offensive line play through the first eight games of the season. Take it away, Ron. End Note

We've reached the midway point of the season and, as threatened promised, here's a look at where the line stands by the numbers. Just to add to the nerdiness factor, I'm taking a stab at inserting charts and pie graphs. [Ed. note: Nerd.] The good news is that, if they actually make it into the story, they do make it easier to spot trends. One trend I looked at carefully was the charge that the line has been inconsistent. The overall grades for the interior linemen (75.8% on run plays, 73.6% on pass plays) and tackles (74.6% on run plays and 72.9% on pass plays) at first blush argue for mediocre consistency. So, without further ado, here's all you need to know about the play of Demetrius Bell, Andy Levitre, Geoff Hangartner, Eric Wood, Brad Butler, Jonathan Scott, Kirk Chambers, Jamon Meredith and Seth McKinney after eight games.

Run Plays
I plugged in Scott's adventure at left tackle in Miami under Bell's numbers and turned an amalgamation [Ed. note: nerd] of Butler, Scott, Meredith and Chambers into "RT guys." The numbers don't really look all that bad in a chart - feel free to do so yourselves on your own free time - but a graph highlights the inconsistency. 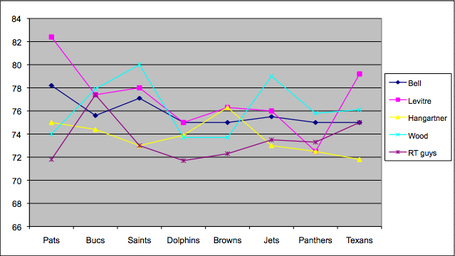 Does that chart just scream inconsistency to you, too? Well, read on and take another look.

Are you surprised to see that the tackles are the least volatile of the positions? I sure was. With the exception of the game in Foxboro, Bell has ranged from about 75% to about 77%. Whomever the Bills have had at RT has been between 72% to 74% five of the eight weeks. Think about that for a second. The Bills have rotated four different bodies through the right tackle position, but haven't cratered in the run game. I'm not sure if the coaching deserves credit or if the goo at the bottom of the barrel is all pretty much the same.

Hangartner has been relatively consistent, too. He turned in a good game against the Browns, but otherwise has ranged between 72% to 75%. More troubling is that he seems to be on a gradual downhill slide. This bears watching as the year rolls along. If he can't get the job done, then I wouldn't be surprised to see the Bills eventually shift Wood to the center and go guard hunting in the offseason.

The guys making the chart look so volatile are the guards, Levitre and Wood. Levitre has led or tied the team in run grading five of the eight weeks. He cratered in Carolina, when he tied for the worst. Other than that, the only guy to top him has been Wood. Wood has tied or graded highest four of the eight weeks. He put together back to back poor (for him - still almost 74%, so we're not talking disasters) games in Miami and against Cleveland.

Clearly, the Bills need Wood and Levitre to even out their performances and consistently turn in good games - the offense can't be consistent when interior linemen turn in subpar performances three of four weeks. The tackles and centers, on the other hand, need to raise the overall level of their performances. "Consistency is only a virtue if you're not a screw up." (www.despair.com) 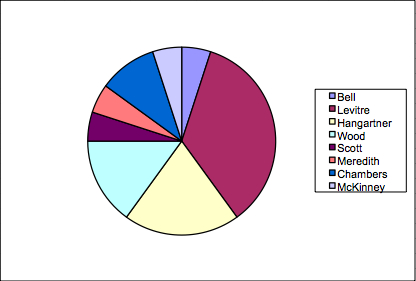 As you can see, the interior linemen account for 70% of the killed run plays. Again, it appears to be the sudden mental/physical lapse in otherwise solid-though inconsistent-play. Overall, the line has killed 20 of 189 (10.6%) of run plays.

Pass plays
As with the run plays, I plugged in Scott's nightmare day at left tackle in Miami into Bell's column. The RT guys is again a compilation of substandard outings by Butler, Scott, Meredith and Chambers. The numbers look bad whether in raw form or in graph form, so we'll keep the fanciness rolling with the graph. 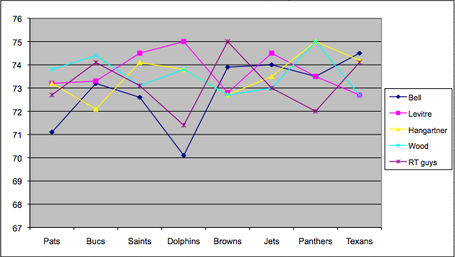 I'm kind of amazed at how closely the RT and LT tackle lines parallel one another. Bad days at the tackle position in Foxboro turned into reasonable outings before cratering in Miami - only to shoot back up against Cleveland. The bright spot at tackle is that that awful performance in Miami doesn't belong to Bell. If you extrapolate only Bell's games, what you see is a gradual upward trend. The RT position still appears to be subject to wild swings, which isn't all that surprising given the constant rotation of ‘guys' on an almost weekly basis.

It's interesting (to me anyway) to see that Hangartner seems to be on a slight upward trend in the passing game when he seems to be headed the other direction on run plays. I'm not very surprised to see that he's not bouncing from good to bad, but staying within the 72% to 74% band.

As with the run game, Levitre and Wood appear to be erratic. Each of them have been the highest graded (or tied) pass protector three out of eight weeks. However, Wood was the worst (or tied) three other weeks, while Levitre was the worst (or tied) two weeks. The good news is that the guards seem to be holding in the 73% to 75% range, so hopefully they become more consistent as they gain experience.

It's sad but it's true. The line has been even worse at killing pass plays than run plays. 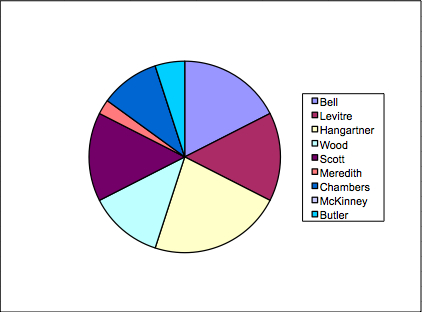 The line has combined to kill 40 of 254 plays (15.8%). Some of those are tipped passes, some are thrown away, some are bad passes because the quarterback can't step into the throw and so on. What can't go ‘on' is for the line to keep killing pass plays. As you can see, everyone has gotten in on the action. Speaking of which, here are the sack numbers: 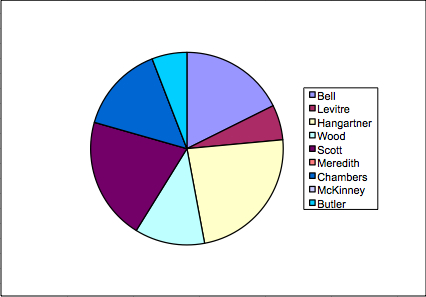 Here you can see that the tackles have allowed 10 sacks, with the interior linemen giving up 7. I'd say that it's a good thing that Trent Edwards is right-handed, given that Bell has given up 3 of those 10 sacks, while Scott gave up 1.5 sacks playing LT in Miami. Therefore, Buffalo's QBs have been crunched almost equally by defenders beating either tackle.