Bills vs. Browns: Game Blacked Out In Western New York

Share All sharing options for: Bills vs. Browns: Game Blacked Out In Western New York 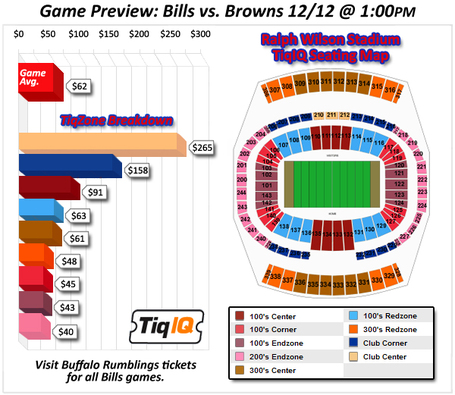 There's going to be plenty of Buffalo Bills fans disguised as empty chairs this weekend when the Bills take on the Cleveland Browns. The Bills have announced that the game was not a sell out and will not be shown on local television.

The game is the third of the last four home games to be blacked out joining home dates against the Jacksonville Jaguars and Detroit Lions. A strong contingent of Pittsburgh Steeler fans prevented the blackout two weeks ago. Buffalo had previously held a 22-game sellout streak.

The National Weather Service is predicting everything from a "wintry mix" to a blizzard this weekend but tickets are very, very cheap on the secondary markets. Think about taking in a game. It can't be worse than last year.