Share All sharing options for: Why The Buffalo Bills' Defensive Alignment Doesn't Matter

The defensive alignment that the Buffalo Bills choose for 2012 continues as a point of debate amongst fans, sparked by the firing of George Edwards as defensive coordinator and subsequent promotion of Dave Wannstedt to the same position. Buffalo's hybrid defensive alignment over the past two seasons, where they ran both three- and four-man fronts, is the kindling for the debate. Wannstedt's experience running the 4-3, past statements by GM Buddy Nix that Buffalo will draft for a 3-4 alignment, and Nix's recent comments about Buffalo's use of both fronts add more fuel to the fire. The arrival of the off-season - where each prospect is debated by the merits of scheme fit - really gets the blaze going.

Here's the thing about the debate, though: it doesn't matter. That's a pretty bold statement. The implications of Buffalo's hybrid defense, along with observations of their use of three- and four-man fronts, indicate that stating a desired alignment doesn't really affect what the Bills are going to do. (Or, for that matter, have been doing.) After watching the Bills this season, they played variations of the Bullough-Fairbanks 3-4, over and under fronts, with the Jack and Sam linebackers acting as an elephant at times. When the Bills went 4-3, they played a 46 variation. When the two fronts are overlaid, we'll see that there's not much difference. 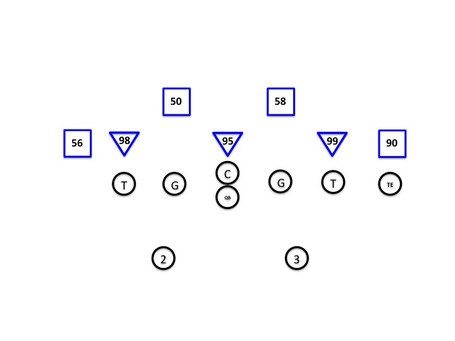 Here we see that Buffalo is in a standard 3-4, where Dwan Edwards, Kyle Williams and Marcell Dareus are all playing two gaps. Chris Kelsay and Shawne Merriman are playing stand-up outside linebacker positions. Buffalo didn't play this style of defense much this season, particularly after Williams and Merriman were injured. 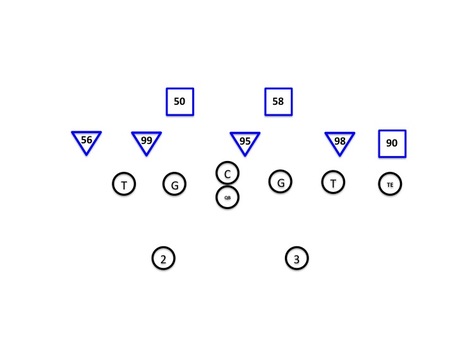 Here, what we see is that Edwards and Dareus have flopped sides. The defensive linemen have moved toward the strong side (here nominally indicated by the tight end). Merriman puts his hand down as a rush end.

46 with Weak Side DT 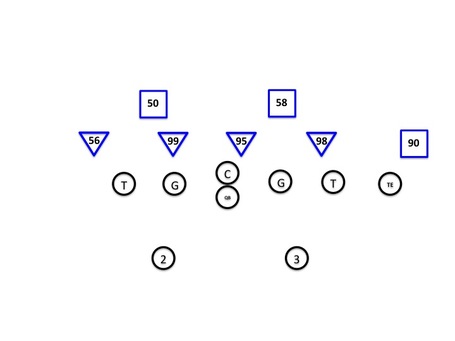 Buffalo played this defense a great deal in 2011. Edwards and Dareus play different techniques, but Merriman still has his hand on the ground as a rush end. Change the "56" to a "91" for Spencer Johnson, and this defense should look very familiar to Bills fans. 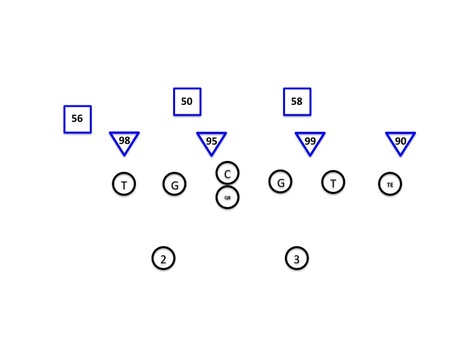 Here we see that the Bills are in a 3-4, with the defensive line shifted away from the strong side - hence the term "under." Kelsay is the elephant, with Merriman playing rush linebacker.

46 with Strong Side DT 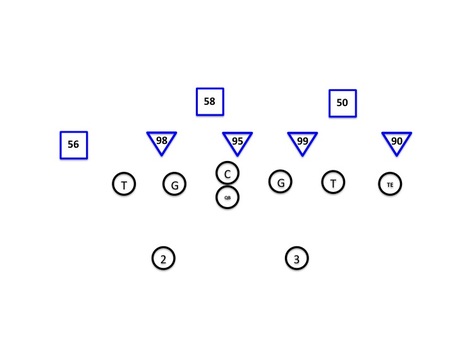 Some minor shifts in alignment, but still with Kelsay as the elephant. 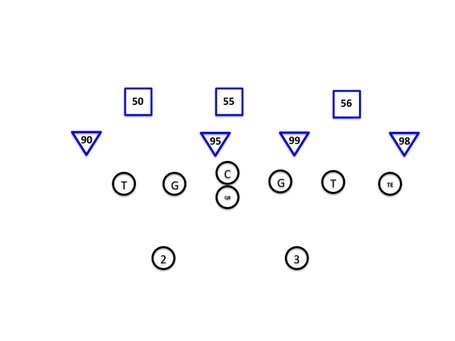 Here is what Buffalo's defense would look like in Wannstedt's traditional 4-3 defense that he ran successfully as the defensive coordinator for the Dallas Cowboys and Miami Dolphins. Obviously, Merriman is a poor fit for this type of strong side linebacker. If Buffalo used this defense, Bryan Scott would be a far better option at the SAM linebacker. Other than Scott, Buffalo doesn't have a linebacker with the skills to play this position.

Implications. I think it's highly unlikely that Wannstedt will so drastically change the Buffalo defense as to completely undo two years' worth of transition. Wannstedt's defenses in the past call for players most similar to a Tampa 2 alignment - a formation that Buffalo just ditched, and rid themselves of most of the players that were scheme fits. Wannstedt, and especially head coach Chan Gailey, don't have time for another wholesale changing of the defensive guard. It's more likely that Wannstedt will continue to use the hybrid defense Buffalo has, and integrate traditional 4-3 sets when the situation dictates. Beyond this use, Buffalo's current set of defenders fit 46 and 3-4 schemes that are very similar.

Buffalo is essentially playing the same front, whether fans and media would like to call it a 3-4 or 4-3 (and it's really a 46). The differences aren't in over-arching concepts. They are nuanced changes. A small shift in the defensive line, combined with one of the outside linebackers getting into a three-point stance, and a 3-4 is now a 46. As Nix suggests, alignment isn't that big of a deal.

In part two, we investigate what types of players Buffalo should be looking at this off-season. Rather than talk about positions, we'll explore what traits players need to have at each position to fit into Buffalo's scheme. Then we'll look at which free agents are available, and which players in the draft best fit Buffalo's scheme.