This article is the third in a four-part series examining Chan Gailey's Buffalo Bills offense. Part One took a look at Gailey's traditional offensive roots. Part two examined Gailey's use of horizontal timing.

Chan Gailey loves the screen game. I make that assumption based on the number of times he calls for screens, and the variety of screens he uses. That said, he doesn't love the play, per se. He likes the space it provides for his playmakers. Fred Jackson, C.J. Spiller, Donald Jones, and even Stevie Johnson get their numbers called on screens. The play puts them into open spaces against lesser defenders. It's an advantageous place to be for Buffalo playmakers.

A screen is nothing more than deception. The most reliable form of deception is to show your opponent what they want to see. A screen shows the defense exactly what it wants to see, and then does something different. Defensive linemen think they are beating their blocks. Defensive backs think they are covering their receivers on deep routes. Once the defensive linemen rush close enough to the quarterback and the secondary is deep, the trap is sprung by the quarterback flipping the ball to a back or receiver. It's a neat little combination of Sun Tzu and Bill Walsh, and when it works, it creates a lot of space for big plays.

Gailey uses four major types of screens: the classic running back screen, the wide receiver bubble screen (with and without linemen blocking), the receiver center screen, and the tunnel screen. For simplicity, in our models, all defenses play man coverage with extra coverage defenders playing zone (like the free safety playing deep center field), and no blitzes. There are more types of screens and more ways they work against different defenses, but after the jump, we'll use the main four screens against a vanilla defense to broadly show why Gailey likes the screen game.

First, an explanation on the method. In the previous two parts, lines were used to show movement. This story shows the players moving along the lines on offense. That allows us to see how the play unfolds over time, how the defense is being tricked, and how the space is being created. The diagrams are meant to be time-lapse as the play continues, with the lines removed on the last diagram to display the space that Gailey is trying to create.

Note: receivers must catch the ball behind the line of scrimmage to allow the blockers to block downfield before the catch is made.

The Classic Running Back Screen 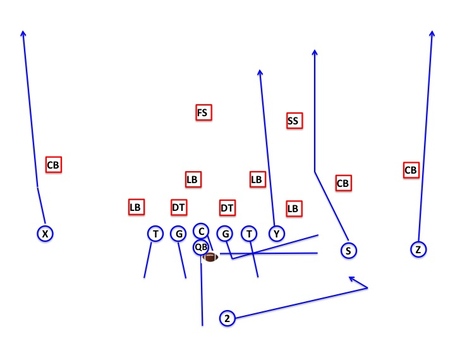 The defensive line is making progress against the offensive line. The play looks like a vertical seams play to the secondary, and they think they are covering it well. The defensive linemen start to feel they are being tricked by the deeper drop the quarterback makes, but the ball is nearly gone by the time they figure it out. The offensive linemen fall off their blocks and work to get out in front of the running back. By this time, the inside linebackers and possibly the free safety see what is happening, but it's too late. The screen is set, and they'll need to beat a block to make a play. 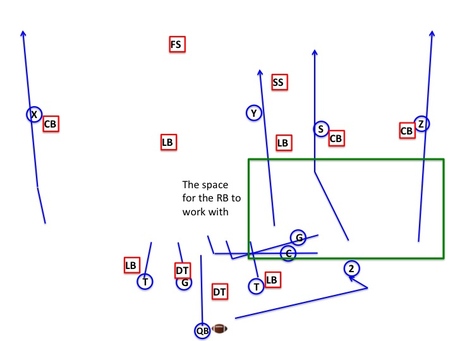 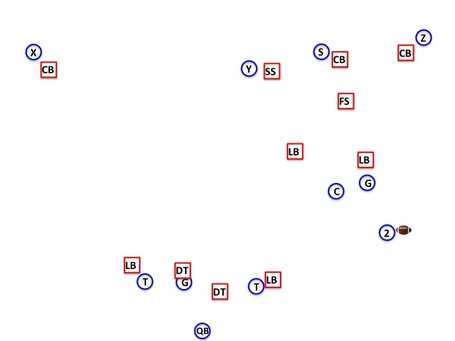 Bubble screens get receivers the ball in open space with room to run. Some wide receiver bubble screens do not use offensive linemen. Tight ends and other receivers block instead. These types of screens are meant to work fast. The quarterback has to get the ball to the receiver one step after getting the snap. The drill Jon Gruden ran with Tim Tebow throwing the ball the way it was snapped to him is required for this screen. In our bubble screen, the quarterback is throwing to the Z receiver, with the slot receiver and the tight end angling out to make blocks. 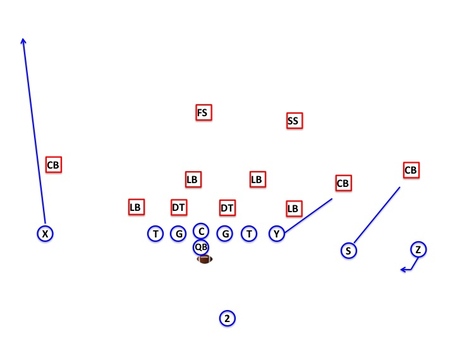 The quarterback gets the ball to the Z receiver immediately. The playside cornerbacks see and react to the screen, but the tight end and slot receiver are already in position to make blocks because of their blocking angle. The pass rushers have made strong first steps against the offensive line; working back against the Z receiver is a difficult change of direction move only the most agile defenders can make. The Z receiver turns upfield immediately upon making the catch. 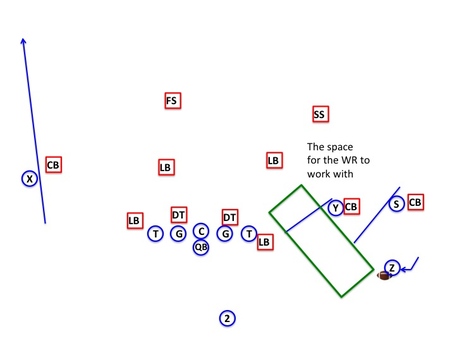 The Z receiver is in open space against two linebackers and a safety - not the best odds. The receiver made positive yards to get to this point however, and the advantage still goes to the receiver in the open space. 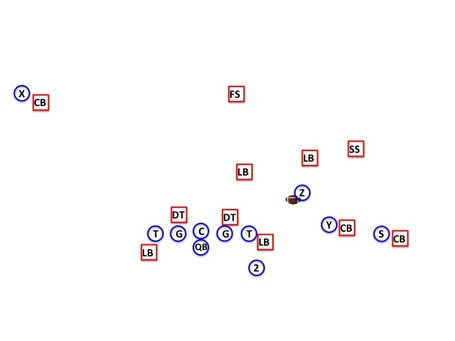 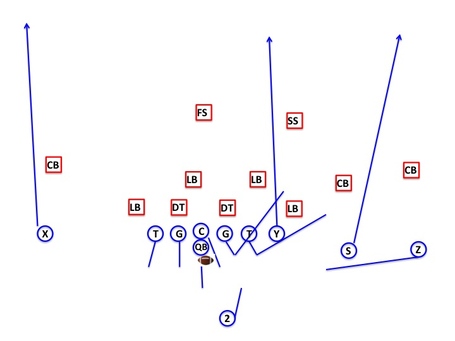 The play unfolds like the classic running back screen: the defensive line makes progress against the offensive line, and the secondary thinks it's covering a vertical seams play. The offensive linemen fall off their blocks and work to get out in front of the receiver. The inside linebackers and possibly the free safety see what is happening, but the blocks are ready by the time they figure out that the play is a screen. 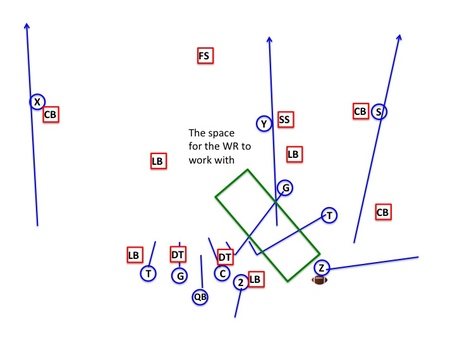 The Z receiver catches the ball with blockers in front and space to work with. Now, it's a receiver against one linebacker and a safety, better odds for the receiver than the last bubble screen. 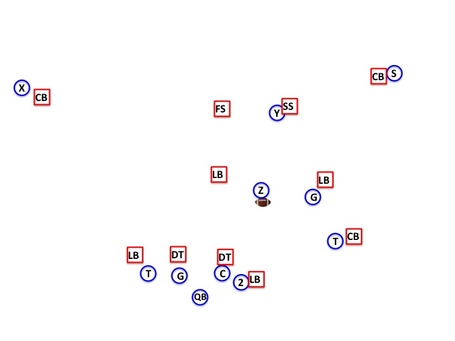 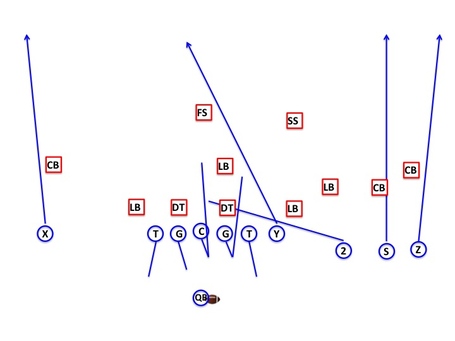 Most of the action is the same as the running back screen: the pass rushers make progress and the secondary covers a vertical pass play. The screen is sprung and the running back gets the ball, hopefully in stride, in the middle of the field and with two blockers in front. 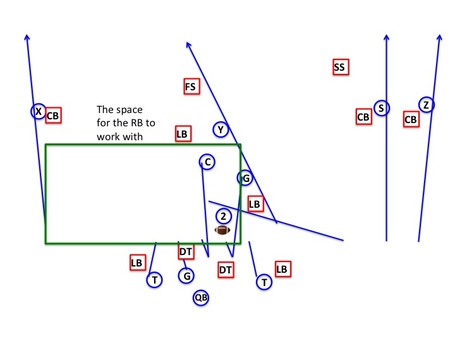 With the defensive line out of the way, the back has two blockers in front with one linebacker to block - the linebacker in coverage on the running back is behind him due to the route. When done correctly, the center screen can be devastating. Jackson scored his long touchdown against Pittsburgh in 2010 on a center screen. 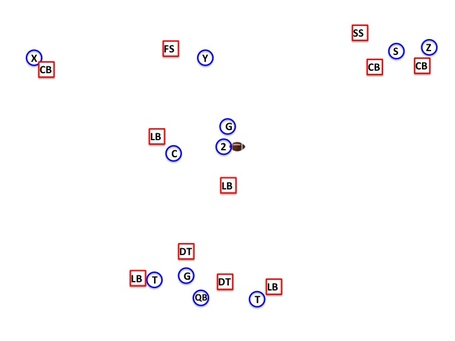 The tunnel screen is a sneaky little play that Gailey likes to call. Of all the screens, it most resembles a regular play. This play looks exactly like a regular vertical seam pass, except for the actions of the right guard and the running back. Everything else looks the same to the defense. 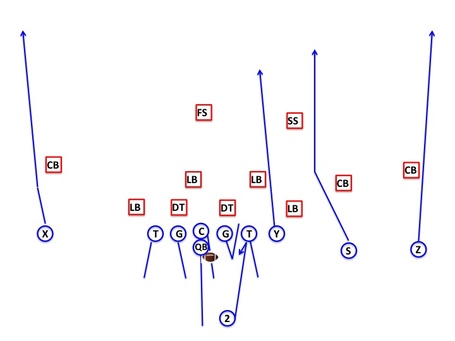 As the play unfolds, the defense looks solid against the vertical seam pass. Then the right guard falls off a block, and the running back turns around. 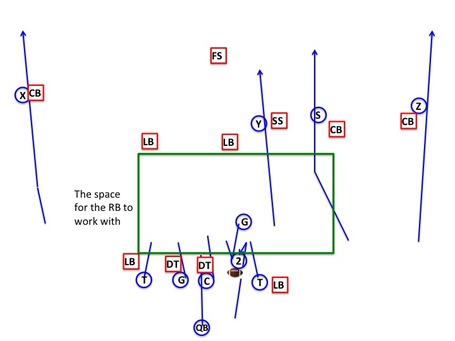 This screen happens so fast in such a small area that many defenders will not know what is happening until the running back has gained significant yardage - see the 2011 Philadelphia game to see a tunnel screen in action. The running back has a blocker out front, lots of room, and only those defenders that saw what happened in his way. 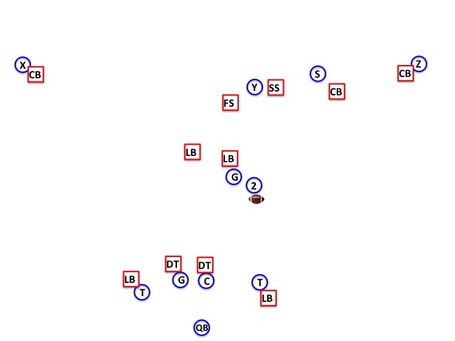 The screen is Gailey's best weapon to get playmakers in space. It's also relatively safe for the quarterback. Ryan Fitzpatrick already knows where the ball is going pre-snap, can easily see if the defense is aligned to stop it, and can audible out of the play. Once the play starts, Fitzpatrick usually isn't taking a huge hit on the play, it's an easy throw, and he can always throw the ball into the turf if the defense snuffs the screen out.

Gailey uses space, deception, and niche players in his offense. The screen game works directly with two of these concepts, and possibly three depending on how you view players like CJ Spiller and Donald Jones. With everything else Buffalo does - spreading the field horizontally with multiple receiver formations, running receivers on shorter timing routes, and throwing deep - accounting for Buffalo's best playmakers in space on screen plays is a tall task. Gailey hopes it's too tall a task in 2012.