For two weeks, rhetoric has held that the Buffalo Bills have cleaned up their pass defense by being more aggressive in the secondary. That's not even close to the entire story.

When the Buffalo Bills take on the New England Patriots this Sunday, they'll be tasked with stopping Tom Brady and a Patriots passing attack that, despite its early struggles in 2012, still has the makings of being a highly potent unit.

As we've discussed all week, the Bills will be relying on the hallmark of their off-season re-building emphases - i.e. boosting their pass rush and getting bigger and more physical at cornerback - to combat New England's highly effective, pass-first offense. There's one misconception we should clear up first, though: Buffalo's big, young corners weren't brought in to "jam" the Patriots' receivers and get them out of rhythm - at least, not exclusively.

That can certainly happen, mind you; when offenses align in more traditional passing formations and allow the Bills' cornerbacks to play press coverage, this young cornerback group is highly effective at being physical within five yards and re-routing receivers. That's just it, though: offenses don't always line up traditionally. Therefore, fans are missing half of the argument for big corners when it comes to defending a team like the Pats. The other half of the argument? Tackling.

First, let's take a look at how the New York Jets and Kansas City Chiefs used "trips" and bunch formations to allow receivers a free release from the line of scrimmage. Every team in the NFL does this, and New England sort of patented it during the past decade with their multi-receiver alignments. The Jets and Chiefs lined up like this 8-10 times per game; the Patriots will likely do it more. 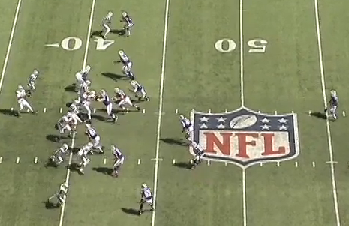 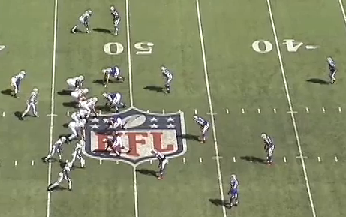 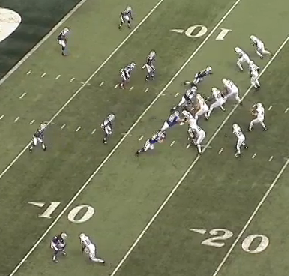 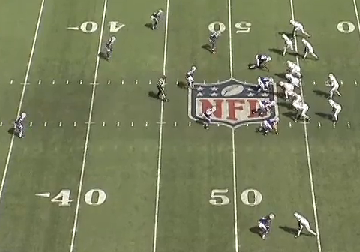 Note the absurd amount of green in front of Jets receivers lined up in the triangle in most of those stills. One of the Bills' biggest points of emphasis after their disastrous Week 1 performance was to tighten up their coverage; this was most apparent against the Chiefs the following week in how they lined up against these types of formations. 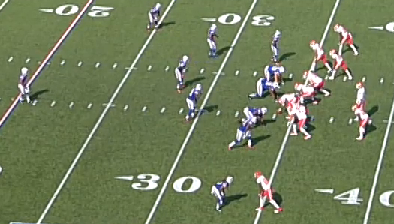 The naked eye will show you that the Bills surrendered significantly less real estate in their alignments against trips formations. (They've been lining up on the receiver in more traditional looks all season, almost without fail.) But the larger point here is this: the Chiefs still got receivers off of the line in a free release. That's the point of the formation: get guys out into routes cleanly.

The fact that offenses can get players into routes without hindrance just by shifting alignment heightens the importance of tackling ability. Big corners tackle better, and Buffalo's cornerbacks are among the best group of tackling defensive backs in the league. They'll need to be on point against a Patriots receiving group that can make defenders look silly with their agility; Wes Welker, of course, leads that charge.

Perhaps the biggest misconception going about Buffalo's pass defense at the moment is that the Bills have "corrected" their Week 1 flaws simply by being more aggressive at the line of scrimmage. While it's true that they have been more aggressive, the story - as it always is in the NFL - isn't that simple. Buffalo's defensive line has been much better rushing the passer and disrupting throwing lanes than they were in Week 1. Matt Cassel and Brandon Weeden were significantly less decisive with the football than Mark Sanchez was; Sanchez had one of the best games of his young career, while Cassel and Weeden were largely bad (Cassel especially). Obviously, Brady wipes the floor with all of these quarterbacks.

Buffalo has young, inexperienced cornerbacks. New England has an offense designed specifically to exploit the types of formations that the Bills have struggled to cover early this season. They will have receivers running free, Brady will be getting the ball out on time frequently, and they'll make plays. There's just no getting around that. So yes: Buffalo's pass rush will need to be better than ever, and those cornerbacks will need to mask some of their own deficiencies by ramping up the physicality even more and tackling with a high degree of efficiency. If the Bills can manage that, they'll at least be competitive with a very good offense.