Wondering what it means for a player needing to be versatile to play for Mike Pettine? Let's follow Calvin Pace and LaRon Landry to find out.

As the philosophies of Buffalo Bills defensive coordinator Mike Pettine have been stated and refined throughout the off-season to date, two buzz words routinely come up when it comes to describing the defense he'll be installing: "versatility" and "attacking." The latter idea is fairly self-explanatory, but we wanted to dedicate one of our ongoing re-watch series posts to trying to better defining the idea of versatility.

Pettine, as you're well aware by now, has been the defensive coordinator for the New York Jets for the last four seasons. In 2012, two of his more notable chess pieces - i.e. players he had wearing all sorts of different hats from a positional standpoint - were linebacker Calvin Pace and safety LaRon Landry. Let's take a look at a few shots of where Pace and Landry were playing in a Week 2 contest against Pittsburgh last fall. We'll start with Pace:

Here you see Pace in his most natural position: as a strong-side linebacker. Whether you define the defense as a 3-4 or a 4-3 Under doesn't matter; Pace is on the strong-side of the alignment, and he can either rush or cover.

Pace is on the same side of the field here, but this time it's the weak side of the formation. If he had a hand in the dirt he'd be a rush end, but he's standing up behind the line of scrimmage and could therefore also be defined as the weak-side linebacker on the play. 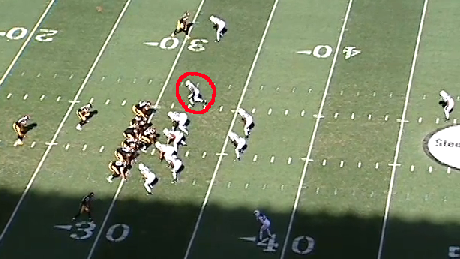 Now on the opposite side of the field (but still on the weak side of the formation), Pace is effectively a rush linebacker in this scenario. 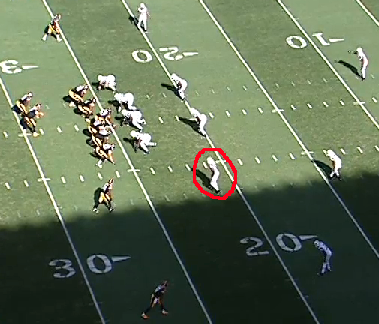 On this play, Pace is the SAM linebacker, but because of Pittsburgh's offensive alignment he's flexed out into the slot over a wide receiver. He played zone coverage here (and, not surprisingly, it was a fairly simple pitch-and-catch for Pittsburgh).

That's four different looks for Pace. All of them came on Pittsburgh's first possession of the game. (Re-read that last sentence if you need to.) Let's move on to Landry. 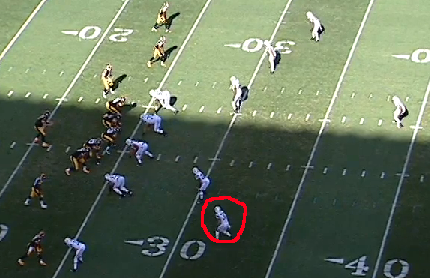 This was a Pittsburgh swing pass to the left, but Landry - on the opposite side of the field - draws one-on-one coverage against a slot receiver (again, away from the play) as the linebacker in the vicinity drifts toward the middle of the field, following the action of the play.

You tell us how to define Landry on this play. He's lined up directly over a tight end on the strong side of the formation. This was a run play for Pittsburgh, and Landry wound up taking on the fullback in the hole. 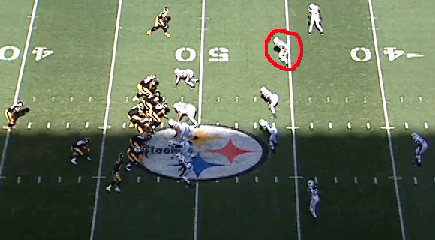 Here, Landry is in sort of a rover position - it's a heavy front for Pittsburgh, and Landry's on the weak side of the formation hovering between safety and weak-side linebacker responsibilities.

Yes, Landry - known as a hitter, blitzer and in-the-box presence - was often asked to play in a single-high safety role for Pettine, as well. 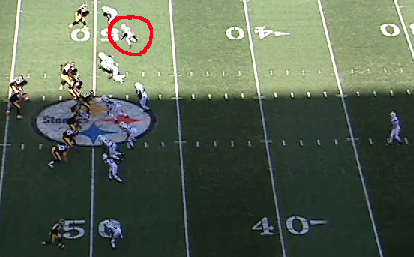 On this play, Landry starts tight to the formation, walks out toward the receiver as if he's going to double up, and then turns around and rushes when the ball is snapped.

Here's one last look: Landry on the weak side of the formation, and he's again blitzing out of the slot in either a safety or linebacker role, depending on how you'd like to define it.

In case you were wondering: yes, all six of these looks for Landry were snapped from Pittsburgh's second possession of the game, meaning that all 10 of these screenshots got us as far as the first couple of plays of the second quarter.

When people talk about Pettine's defense requiring versatile players that can play multiple positions, don't brush that idea off as something simple. The scheme asks its best and most experienced players to do a lot of things, and being asked to do that much can create a diminishing returns scenario if not executed properly. It will be very interesting to see which of Buffalo's defenders are used in such dramatically different roles from snap to snap early in Pettine's Bills career.

Pettine, for the record, is already cognizant of not giving his new players too much to think about.

"The phrase comes to mind, 'jack of all trades, master of none'. You don't want to start to push a guy towards learning a second position until he's mastered his original," Pettine said on The John Murphy Show on Tuesday. "But at the same time, the strength of the system is its versatility, that we can have a guy on a certain play play the role of a safety, then he's a corner the next play, then he's a linebacker the next play. Or guys at end can play outside linebacker, play off the ball linebacker. So that's the challenge of it, to make sure they've mastered their first position before we start to give them jobs that other positions might do."