Buffalo Bills fans hate a lot of things about their AFC East opponents. Today, we continue narrowing down our search for the most hated figure amongst the fan base by pitting the winner of the New York Jets hate post, Fireman Ed and Jets fans, against the winner of the New England Patriots bracket, Tom Brady. They both registered well over 300 votes of hate.

Let's recap how we got here.

After almost 1,000 votes, Tom Brady comfortably beat out coach Bill Belichick as the most hated New England Patriot. Brady's 36 percent was the lowest of the four semifinalists, probably due to splitting the vote with Mr. Spygate. Pats fans finished a distant third, as the bandwagon jumpers don't annoy Bills fans as much as the players on the field. 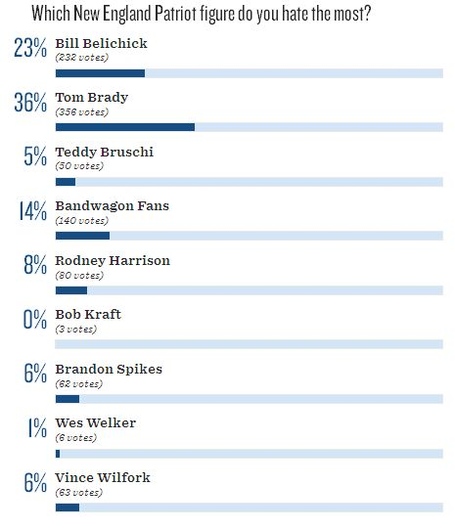 Things were different in New Jersey, though, as Jets fans in the personification of Fireman Ed were voted the winner with a healthy 54 percent majority. Rex Ryan came in second at 31 percent, as current figures dominated both polls in the discussion today. 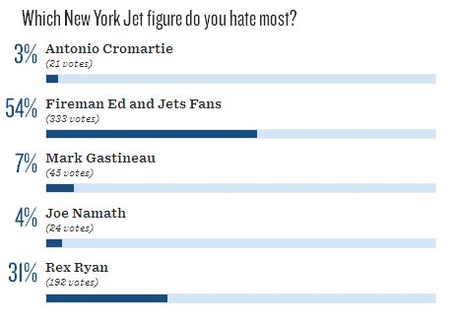 You make the call in the semifinal poll. Who do you hate more: Fireman Ed and Jets fans or Tom Brady? Here are the arguments for both.

He put down Buffalo's hotel rooms, married a supermodel, and endorses products most men wouldn't wear.

After being his team's loudest mouthpiece, he q-u-i-t, quit quit quit last year.

The winner of this poll will square off in the finals against the winner of the Miami Dolphins and Non-AFC East polls. Check back during the week to see who wins.