In our second semifinal, we pit the most hated Miami Dolphin against the most hated figure outside the AFC East. How did we get to our two combatants? Let's go into the previous polls.

The highest vote total from the previous round was easily Bryan Cox of the Miami Dolphins. He amassed 562 votes and 61 percent of the vote, easily outpacing Dan Marino and the 1972 cork-poppers. 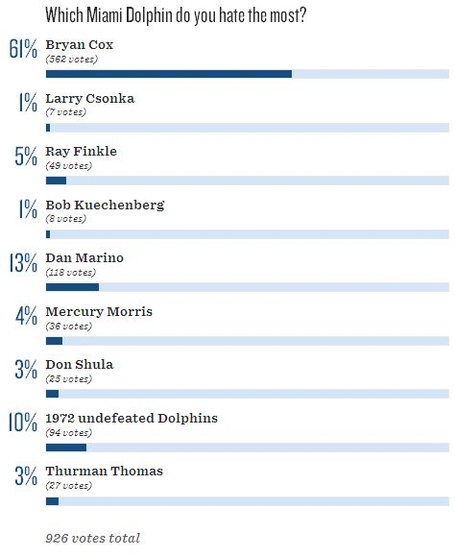 The rivalries outside the AFC East didn't garner as many votes, and Jerry Jones was the lowest-voted semifinalist with 201 votes to beat out Roger Goodell and Ray Lewis in a close battle for third. In fact, Cox earned more votes than the entire voting population for the NFL hate poll. 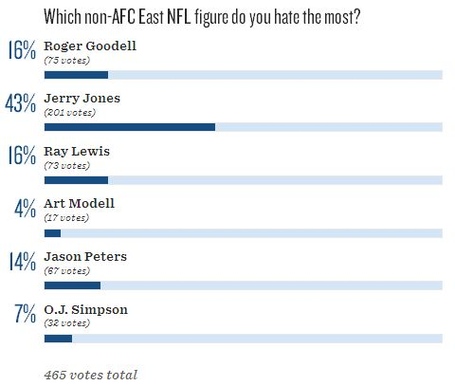 Now we have the one seed Cox versus the four seed Jones. Vote in our poll to determine the second finalist to face off in our championship of hate. Here are the arguments for each candidate from previous polls.

Brian shared this YouTube video as his only response. It was the most-referenced incident with Cox by a landslide.