Fantasy over and under achievers

Who has been a pleasant surprise and who has disappointed?

Share All sharing options for: Fantasy over and under achievers

We've only seen three games so far this season, but there's already a few players out there that have exceed the expectations of most fantasy football players. On the flip side of that coin, there's also few players making us all look like idiots. Let's take a look at who is over achieving and who is underachieving thus far.

Why did we ever doubt Matt Forte? Since 2009 he has finished 8th, 7th, 9th, 8th, 3rd, 2nd, and 7th in fantasy points among running backs. He may be getting old, but he's still hitting that average, coming in at 6th among running backs through three weeks. On average, he was drafted as the 17th running back, and 39th overall. He is currently on pace to be the best rusher the Jets have said since at least Thomas Jones, and maybe even Curtis Martin. We’ll have to wait and see if his 31 year old body can still take the hits after seven years in the league.*

* I considered writing about Deangelo Williams as he currently has the 3rd most fantasy points by any running back, which ranks much higher than his 96th overall ADP. I chose not to however because he will likely see a much reduced role this week as Le’Veon Bell returns from suspension.**

** Yes, I realize I just wrote a paragraph about him.

Here is where I tell you how I really wanted to get Kelvin Benjamin in all of my leagues, but failed (it’s true, I swear). Looks like I should’ve tried harder. Through three games Benjamin is 8th in fantasy points among wide receivers. His ADP was 49th, 23rd among receivers. We should’ve seen this coming, just like we should’ve seen Matt Forte’s season coming. In 2014, as a rookie, on a 7-8-1 team, he finished 16th in fantasy points. In 2015 a lot of people expected him to make "the leap" to being an elite receiver. Unfortunately he was injured during training camp and missed the whole season. If the first three games of 2016 can be trusted, he looks to be right back on track. 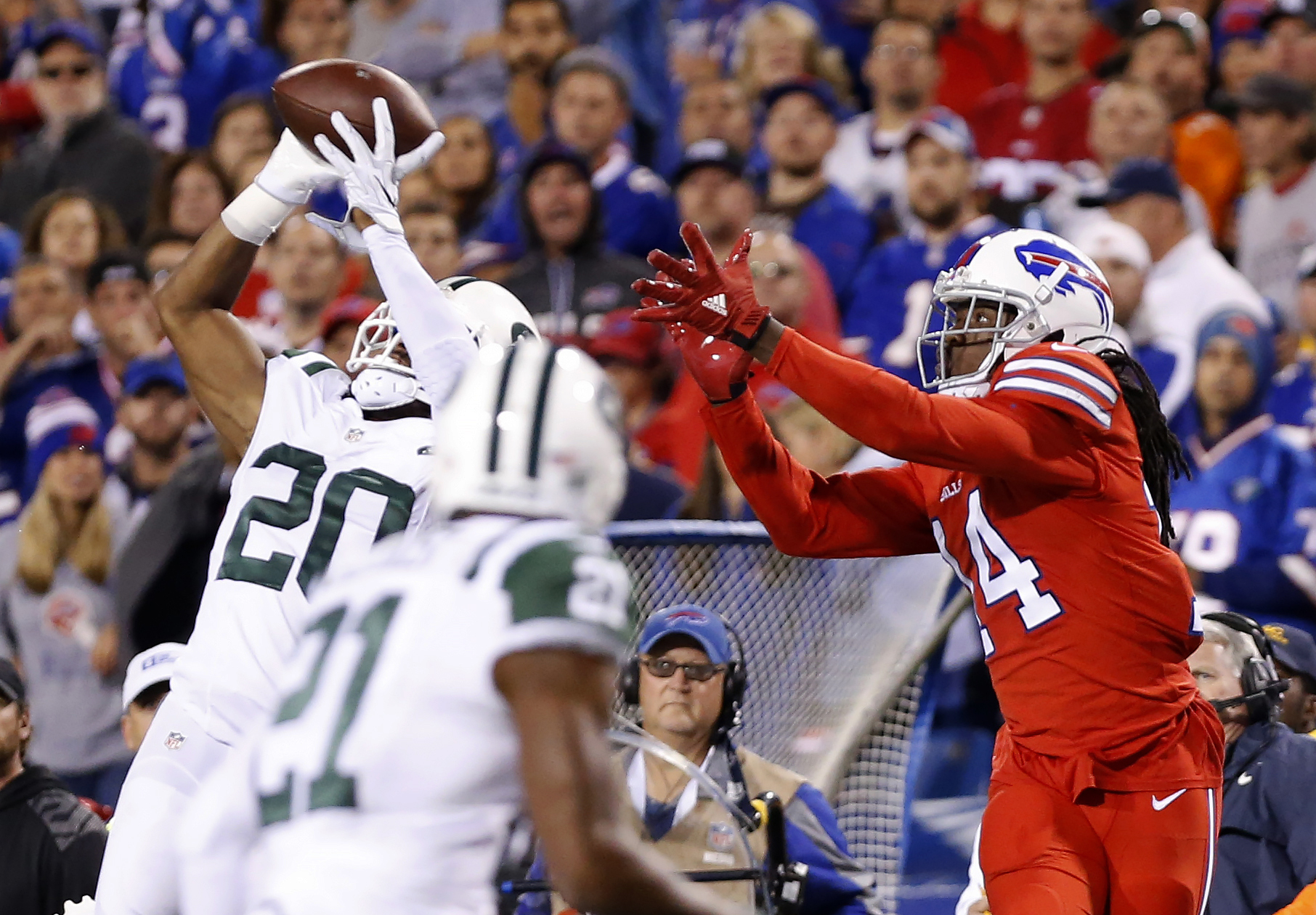 An underachiever on the Bills? We've never heard that before have we? Now, this isn't 100% fair as Watkins has only played in two games and most other receivers ahead of him have three. But right now, Sammy Watkins is 98th among receivers in fantasy points. Him and Keenan Allen both have 6.3 fantasy points this year. Allen left the Chargers opening game in the second quarter. So Sammy has more than 6 quarters on Allen and still has the same amount of points. Even if Watkins had played in Week 3 and produced his 2016 average he would still only have 9.45 points on the season. That would make him the 85th best fantasy wide receiver; nowhere near his ADP of 15 among receivers.

Ciara’s hubby was the third quarterback off the board on average. That exactly matches where he finished last year in QB fantasy rankings. Wilson is currently sitting in 24th among quarterbacks for fantasy points this year. Ahead of him are rookies Carson Wentz and Dak Prescott, former #bust Blaine Gabbert, and Northwestern all-star Trevor Siemian. At least he’s just edging out Jimmy Garoppolo.

There’s a few reasons that could be behind Wilson’s lack of production so far. It could be the retirement of Marshawn Lynch. It could be that the Seahawks practiced too hard in the offseason. It could also be that he’s a bit banged up. Or is it something else? Take a look at his stats and decide for yourself. Career anomalies are bolded.

Hopefully for all the Russel Wilson, Doug Baldwin, Tyler Lockette, Christine Michael, and Jimmy Graham owners out there him and Pete Carroll can figure out what is causing this down turn.