I used to always hate late April/ early May when television shows went on break until the Fall. I didn't understand why MacGyver needed a timeout from saving his "girlfriend of the week" from blowing up with 2 seconds left on the explosive device. It didn't make sense that every mystery was miraculously solved during the spring and summer. The repeats didn't quite give that same creepy feeling that the killer was watching me watch them on TV from just outside my living room window. Shows that ended on a cliffhanger were the worst. Ross saying Rachel's name at his wedding to Emily was devastating agony -- Would they get married? Wouldn't they? How could I survive the summer without knowing?

I'll be there for who?

And I now know how awful it must have been for you dear avid Predict the Score reader/score-guesser. It's been a long time since Stefon Diggs ended his remarkable season by watching another team celebrate success. There have been no Bills games to predict. No tables to jump through. Oh sure, I dropped a few "Predict The!" episodes throughout the off-season, but I know it was mostly mash-ups and filler content and not meaty enough to satiate the appetites of this rabid fanbase. We all want to know how that ending would lead to the next season of Bills football. Welcome back, it's time to find out. I can assure you, I missed you more than you missed these posts. And if you're new here, don't worry, you didn't really miss anything. 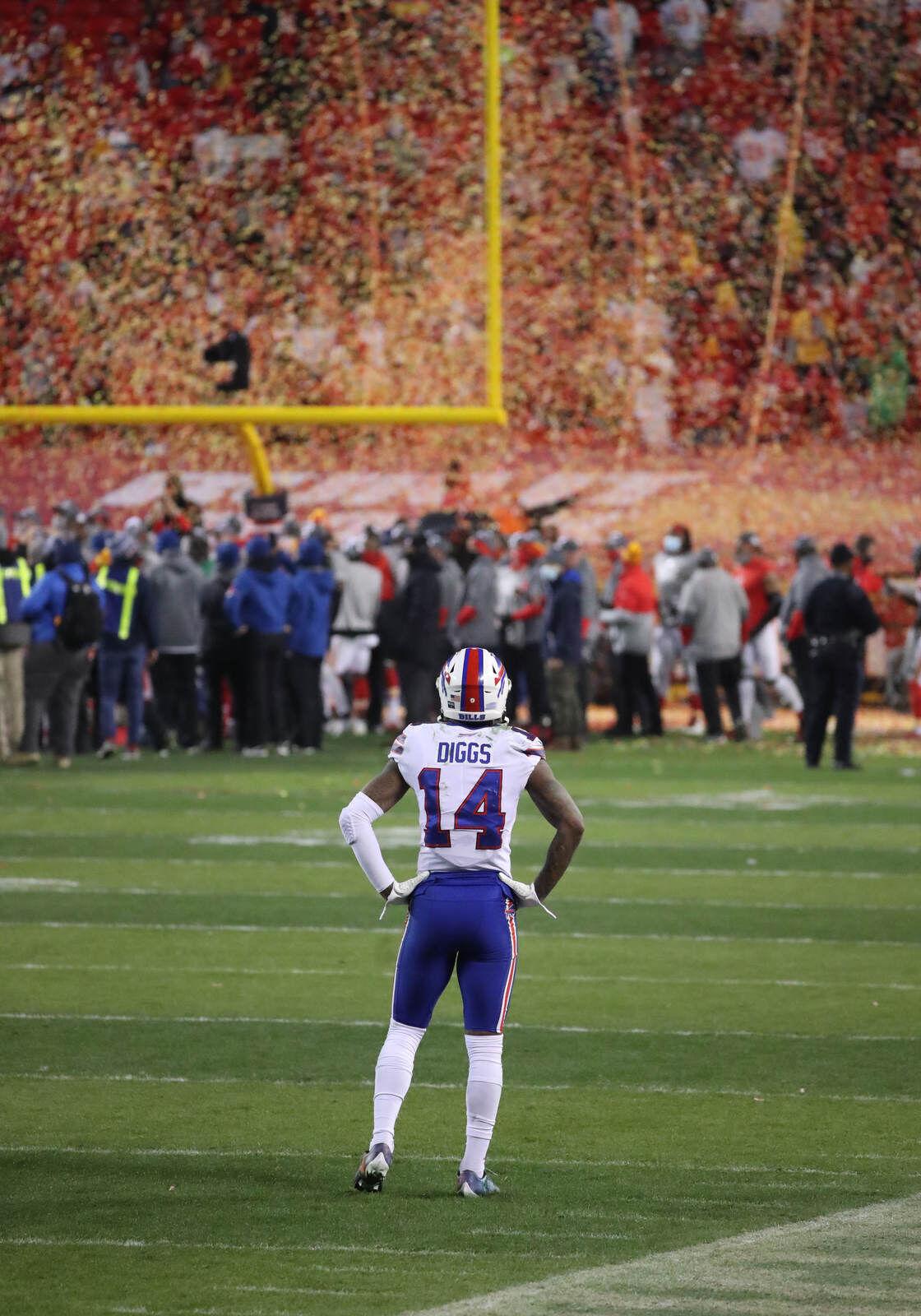 2020 RECAP: This is the section where I usually give a brief little recap of the previous Bills game, tell y'all who won with the best Predict the Score guess before the game, offer Kudos (not the granola bars) and usually make some quip/play on words about the user's name to make them feel special for guessing the score right, or being the closest to guess the score right. Last year, I created an actual Wall of Winners and tagged winners names -- if y'all liked that feature and want me to continue to do that, let me know, it's my pleasure. If you think it was needless or obnoxious, let me know that too. To sum up 2020: The Bills were awesome, they kicked a lot of butt and Josh Allen was the second most valuable player in the league. Unfortunately, their dreams of Super Bowl success came up a few games short. Last years' winners included everybody that cheered for the good guys, even the ones who would guess for them to lose every.... damned... week.

WEEK 1 STEELERS v BILLS: This is the section where I give a quick preview of the upcoming Bills game, offer commentary and provide Vegas Spreads to help you make your informed prognostications. This week, the Steelers roll into Nickel City looking to make heads or tails of a team that has quickly flipped to become a thorn in their side. The Bills Mafia will be packing the stadium, braving the traffic, while the team will be ready to unleash the full force of their potent offense, retooled defense and fiesty special teams. The Steelers may be running on low-Watts with a few key missing defensive players from last year as well as an O-line that needs to gel quickly to keep Big Ben upright. Vegas tabs the Bills as an impressive 6.5 to 7-point favorite with the over/under around 47.5 points.

BILLS 31, STEELERS 18: This is the section where I give my prediction for the game and any other random stats I believe will happen. And I believe what will happen is a dismantling of the Steelers in front of a sizable 1PM TV audience. Josh Allen looked the part of an MVP QB in his limited pre-season game exposure and will comfortably throw for over 300 yards in this game, while the RBC combines for 120 yards and 2 TDs. Knox gets the ball rolling, but not due to a drop, rather only after he completes a catch in the end zone for the first Bills points of the year. Bass hits a 60 yarder right before halftime. With his foot.

While You're Here: This is the section where I invite you all to drop your guesses below in the comments section, sometimes I predict other stuff. So since this is just before the 2021 NFL season kicks off, I thought I'd give a quick breakdown of how I see the AFC East unfolding.

Bills: 15-2 The Bills are equipped to make a deep playoff run and have a team that can compete to win a Super Bowl.

Dolphins: 9-8 For the fourth consecutive year, Miami is one year away from being a real threat in the AFC. Again.

Patriots: 8-9 Second straight year of missing the playoffs with a losing record despite being competitive in most games. Pitchfork sales go through the roof in Massachusetts and surrounding areas of this great nation.

Jets: 5-12 They're just not going to be very good, but they'll play with heart and Zach Wilson will turn a few heads and impress a few people throughout the year.

So welcome back, I hope this is the best season of "Predict The..." yet, although unfortunately there haven't been any improvements in the writer's room in spite of the long break between seasons. Please drop in your scores for the Bills/Steelers game in the Comments section below and/or predict anything else you think might happen in the game or in the 2021 season. Good luck, let's have fun. I wish you all-- happy prognosticating!