Yes I know that week 12 isn't complete yet, but it is a rivalry week and I know some of you are just sitting on your computers today for all the cyber Monday deals anyway. Another Thursday night game, another early release of this post. I hope you all had a great Thanksgiving. I know 716Bison did, because they won in this contest by guessing only 4 points off of the actual score. Congrats, here's my favorite dad joke about your name... 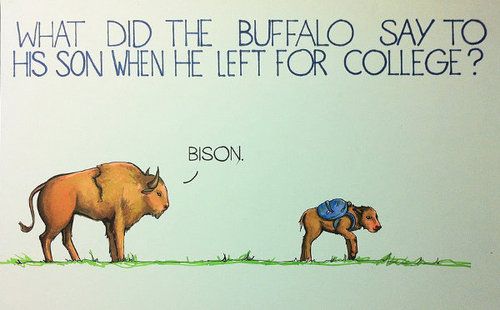 Get it? Cool. Congrats 716Bison, enjoy your tag and bragging rights for the week (or however long you like to brag for)

Bills v Patriots: The Bills get to face off against division rivals practically all month long starting with the Patriots. Since Tom Brady left the Patriots, this doesn't seem like the rivalry that it could be, but fans don't forget the practically 20 years of misery we had against them and hopefully want to see Buffalo be the reason the Pats miss the playoffs again. Buffalo is a 5.5 point favorite on the road with an over/under of 44.5 points.

Bills 38 Pats 9: The Bills have already beaten the narrative that they can't beat the Patriots to death over the last several years, and will once again enjoy seeing the Patriots slip to .500, their playoff chances only alive on deep "in the hunt" graphics. Josh Allen loves beating on the Patriots more than he loves feasting on turkey legs on national TV. He throws for 400/4/0 and adds another TD rushing for over 75 yards on the day. McKenzie adds another TD on his season as does Diggs. The Bills D thwarts the Patriots running game and force Mac to air it out to the tune of 225/0/2. Three early FG's give the Pats an early 9-7 lead before the Bills dominate the rest of the way.

Hype Poster: We are officially in the dead zone. If you are looking to go to Disney and not wait in lines forever this is the week to go. Disney is setting up for Christmas, the lines are shorter, the rentals are ever so slightly cheaper, and the lines are considerably shorter. What better way to present the Hype Poster than by highlighting guys who have recently been on the injury list. Of course, Hyde is out all season, but Morse, Epensa and Edmunds playing again is a real Godsend this week. Our Walking Wounded are slowly getting better... 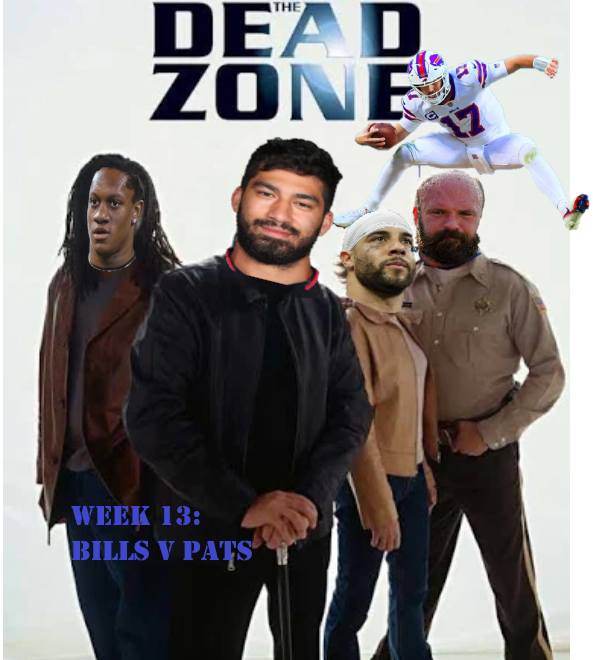 It's time to embrace the Holiday Season coming up as we wave a tearful Bye Son to Autumn. The football season always seems to go to fast, but I hope you all take a moment to enjoy our Bills...good luck and happy prognosticating.