Frustrating Tom Brady is about much more than pressuring him in 2014. Here's how the Buffalo Bills should attack the New England Patriots' passing attack on Sunday.

For the first four weeks of the 2014 NFL season, Tom Brady was not his usual self. People started to think of him as Tom Brady instead of "TOM BRADY!". The New England Patriots' offense was struggling across the board - but just as everyone was ready to bury the them, Brady and the Patriots' offense rebounded in grand fashion against Cincinnati on Sunday Night Football.

Which Patriots offense will show up Sunday? I hope it's the one from the first four weeks, and here are my thoughts on how the Buffalo Bills' defense can help to make that happen.

Clog the middle of the field

Kansas City and Oakland did a great job being aggressive and taking away the middle of the field. Cincinnati, on the other hand, allowed Tim Wright, Rob Gronkowski, an assortment of wide receivers, and even some random fans from section 116 to run free in the middle of the field. Take a wild guess at which teams did well against the Patriots, and which teams were blown out.

The Patriots have made very few, if any, big plays deep outside the numbers. The longest reception for Brandon LaFell? A 44-yard gain on a quick slant with a ton of YAC. Two more 44-yard gains for Julian Edelman? Plays in which the players covering him made mistakes. There is no deep threat to worry about outside. But there are two big tight ends that can really hurt the Bills is the middle of the field if left open. 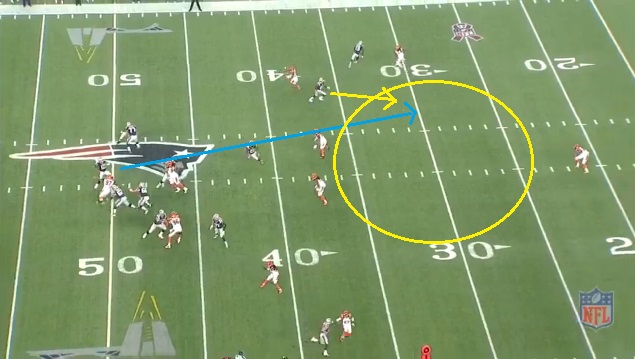 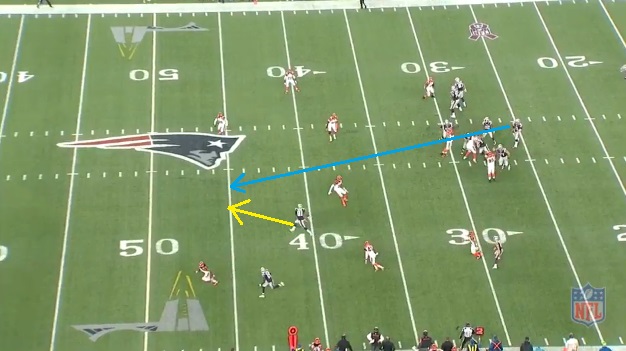 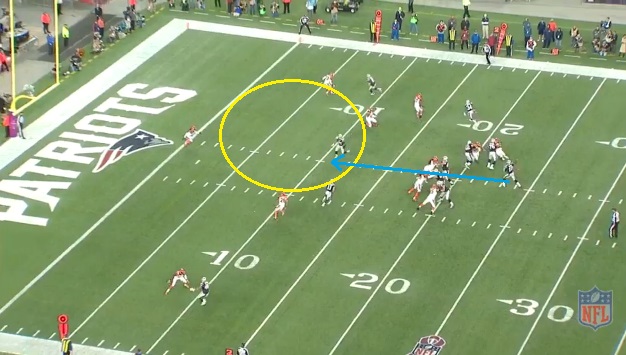 The Patriots love to run play-action passes, and make a lot of big plays off of it. They will pull a guard to really sell the run and force linebackers to come up to the line of scrimmage. It is very important that the Bills' defensive line stops the run well enough that the rest of the defense isn't flying up to stop the run and can instead do their jobs in coverage. Here, an Oakland linebacker really come up strong to the line, and it allows Brady to hit LaFell for an east 15-yard gain. 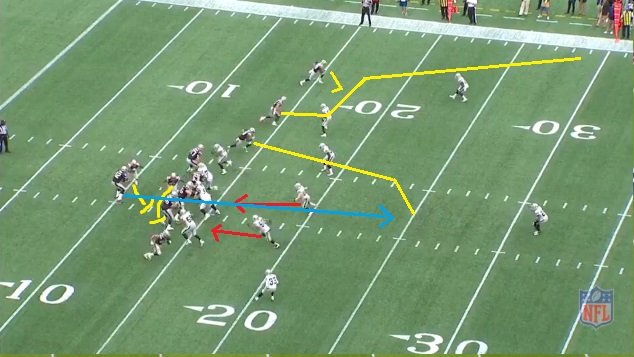 Don't be afraid of their backs and receivers

Stevan Ridley, Shane Vereen, Edelman, Danny Amendola, LaFell, Wright, and Gronkowski. Those are the Patriots' seven main skill players. Do any of those players scare you? Gronk, yes. Vereen, perhaps. But nobody else. This is not your Randy Moss, 50-points-per-game scoring Patriots offense. The playmakers are not there on their side of the field. Buffalo needs to be aggressive and not worry about getting beat deep, because these guys aren't going to do it to you. Kansas City blew out the Patriots, and a lot of the game they looked like this. They weren't afraid of getting beat deep, and the Bills shouldn't be, either. 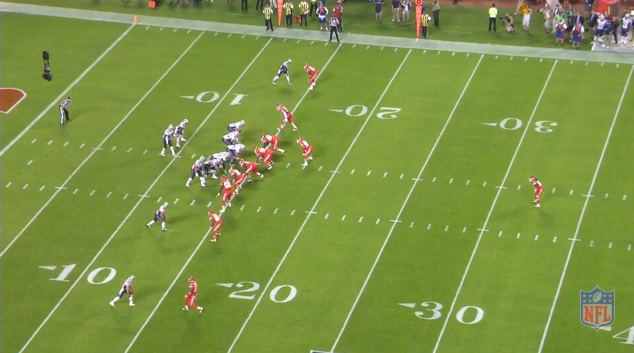 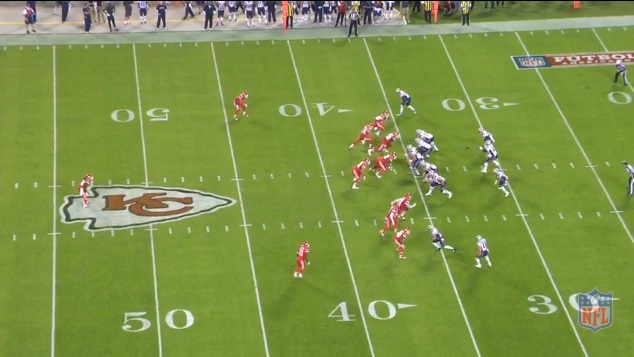 I have no doubt that the Patriots will try to get Gronkowski and Vereen matched up against the Bills' linebackers in the passing game. There will be lots of motion and shifts to help Brady identify the coverage and get matchup advantages for their players. By using 12 personnel (one back, two tight ends, two receivers), the Pats can come out in a run formation or an empty backfield. It is imperative that the Bills are prepared for this. The picture below is something I expect the Patriots to attempt to accomplish; Brandon Spikes in man coverage against Vereen is a huge advantage for the Patriots, and is something the Bills need to try and avoid. 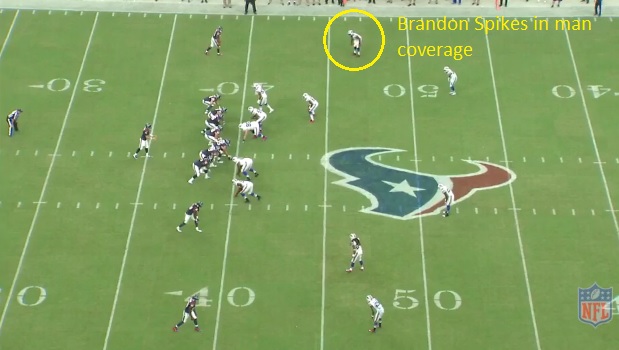