Can the Buffalo Bills make the most progress offensively by simply allowing EJ Manuel to throw more on first down?

Share All sharing options for: Buffalo Bills need to cut it loose on 1st & 10

First and 10 is one of the most fundamental situations that a football team finds itself in. So far, the Buffalo Bills have been in that situation 71 times in the 2014 season. Through their first two games, they had run the ball and astonishing 75 percent of the time on that down and distance; the league average is about 50 percent. In Week 3, they found themselves down on the scoreboard to the San Diego Chargers, and had to pass 70 percent of the time.

How successful are the Bills on first down? Are they staying out of long-distance situations on second and third downs? Are they putting themselves in a position to succeed? Because let's face it... they haven't been lighting the world on fire offensively.

NFL teams average 5.45 yards per play on 1st and 10. The Bills are averaging 5.76 yards per play this season, good for a No. 14 ranking in the league. Of particular interest: quarterback EJ Manuel is the fifth-highest rated quarterback on 1st and 10, completing 20-of-28 (71.4 percent) passes thrown for 187 yards, with one touchdown and just one sack taken, for a passer rating of 101.3.

Why is Manuel killing teams on first down? Are teams respecting the Bills' passing game at all? Take a look at the following pictures from last week's loss to San Diego; they are all of the 1st and 10 plays from the first half (except for the final play with 13 seconds remaining); in other words, those plays before the Bills were in pass-only mode. You can see that the Chargers are expecting the Bills to run, run, run.

The Chargers almost always had the box stacked with an extra player to help stop C.J. Spiller and Fred Jackson. With such a concentration on the run, the passing game will be a better option. Until teams start respecting Manuel and the Bills' passing game, the box will continue to be stacked against the running game. The Bills can continue to rely on the defense and special teams to keep them in games and make a play or two to make up for the average at best offense... or they can take the shackles of Manuel on first down and let the ball fly. 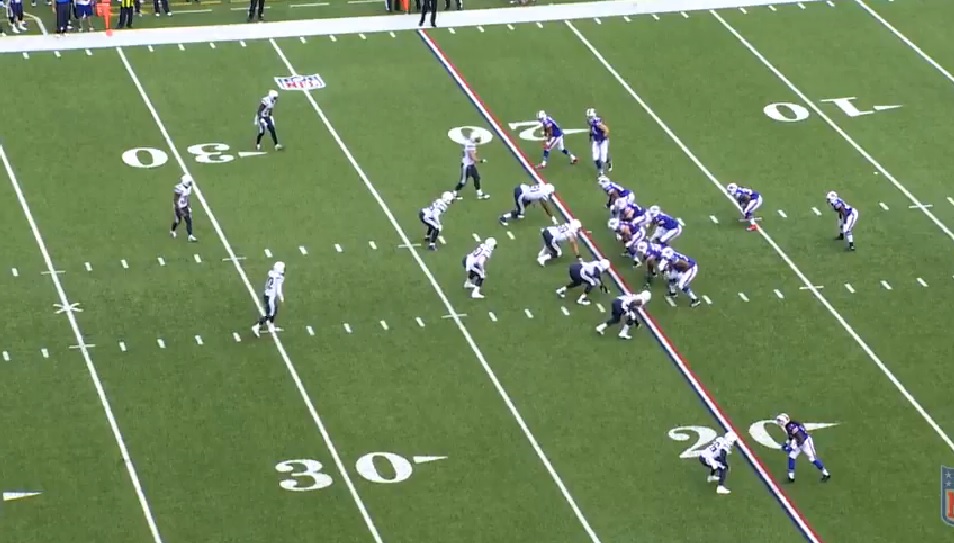 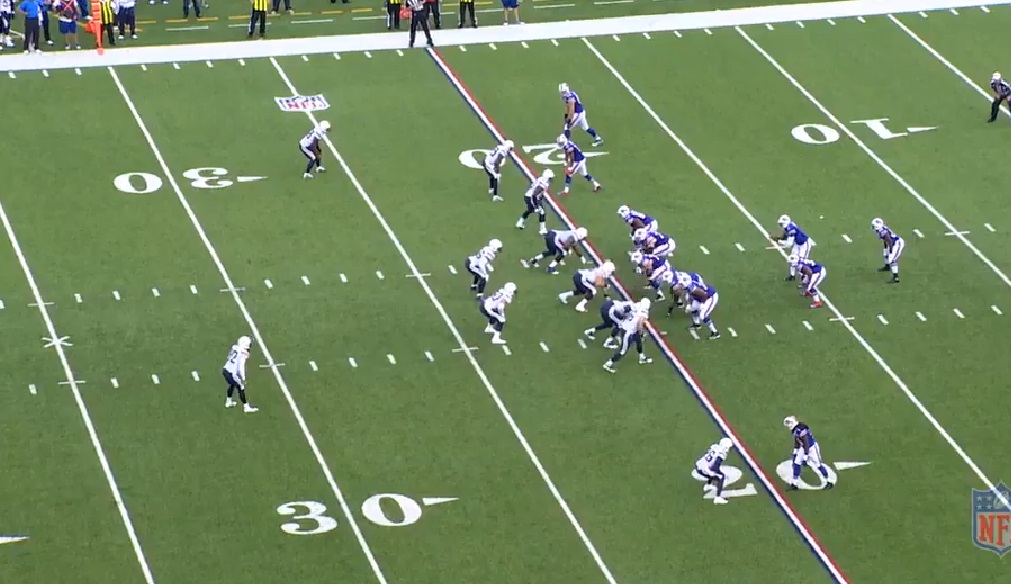 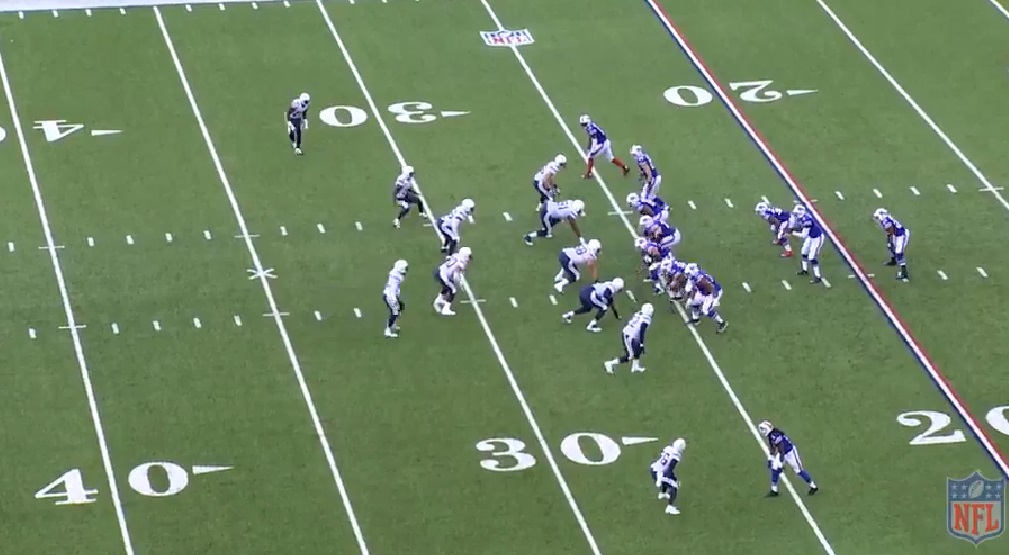 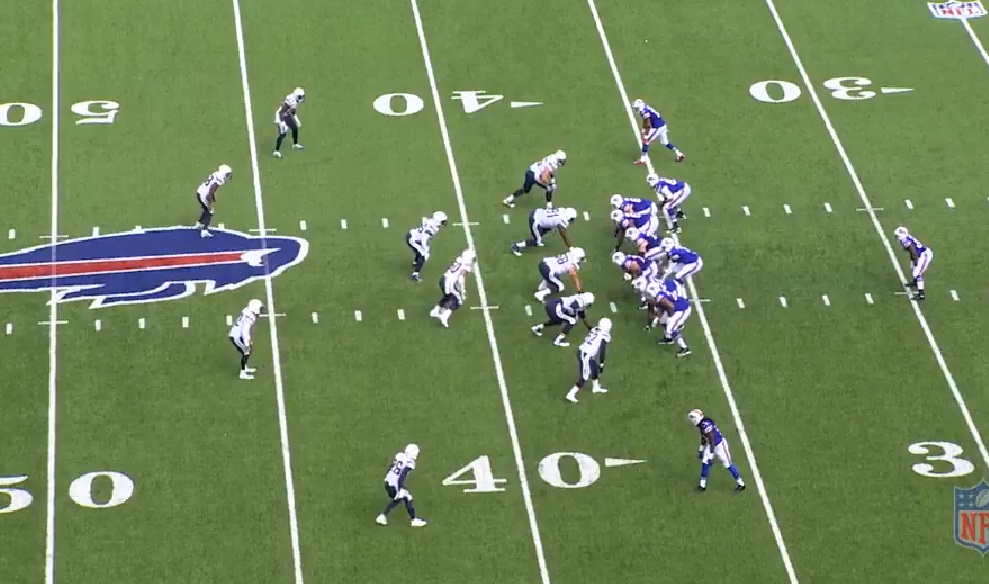 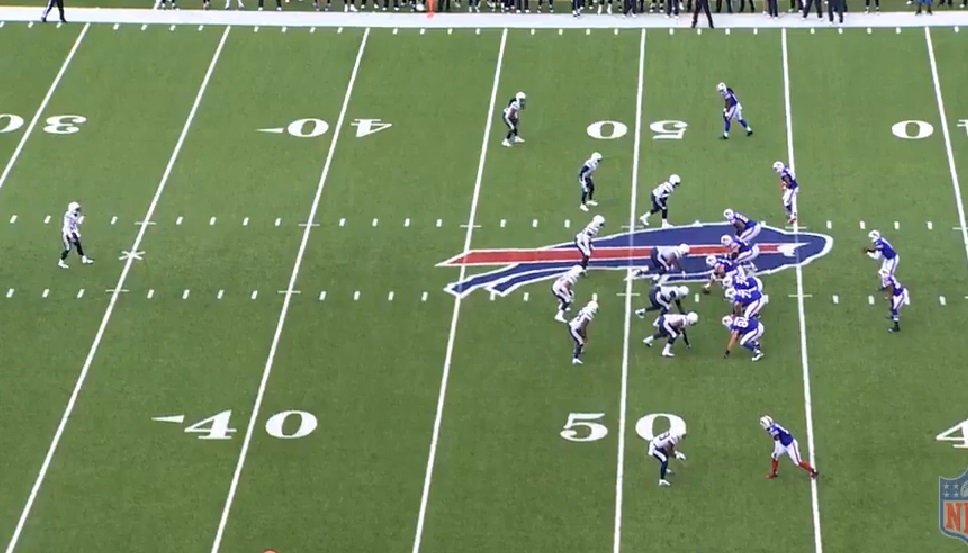 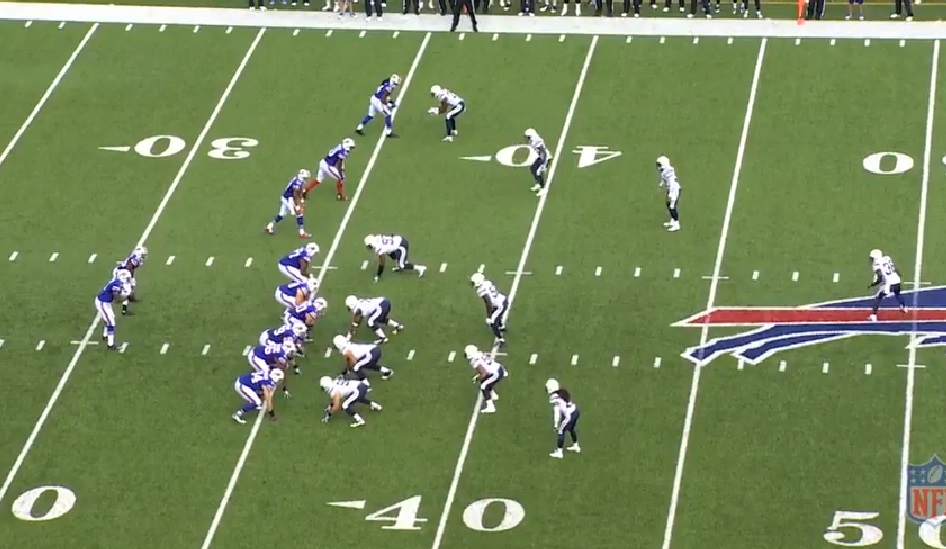 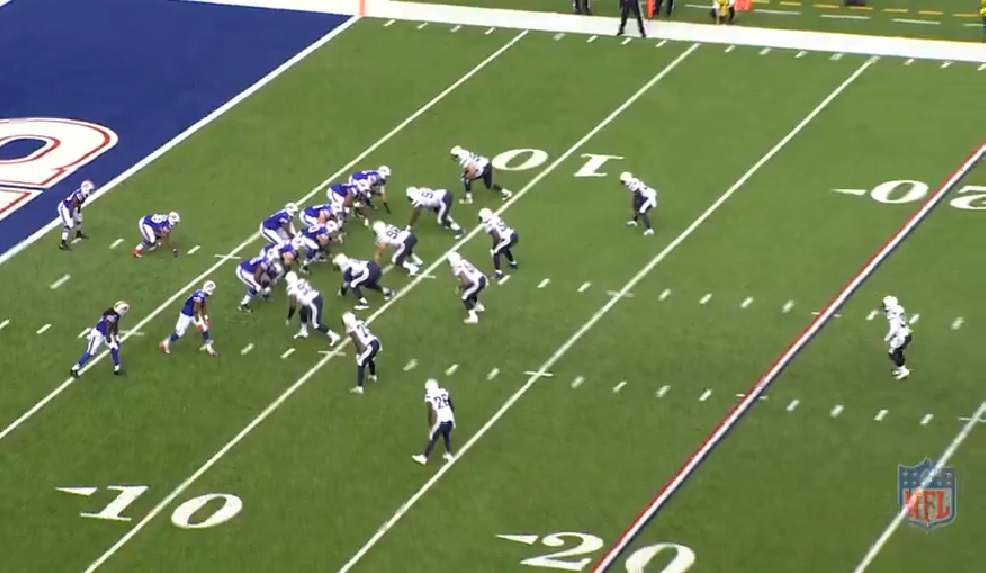 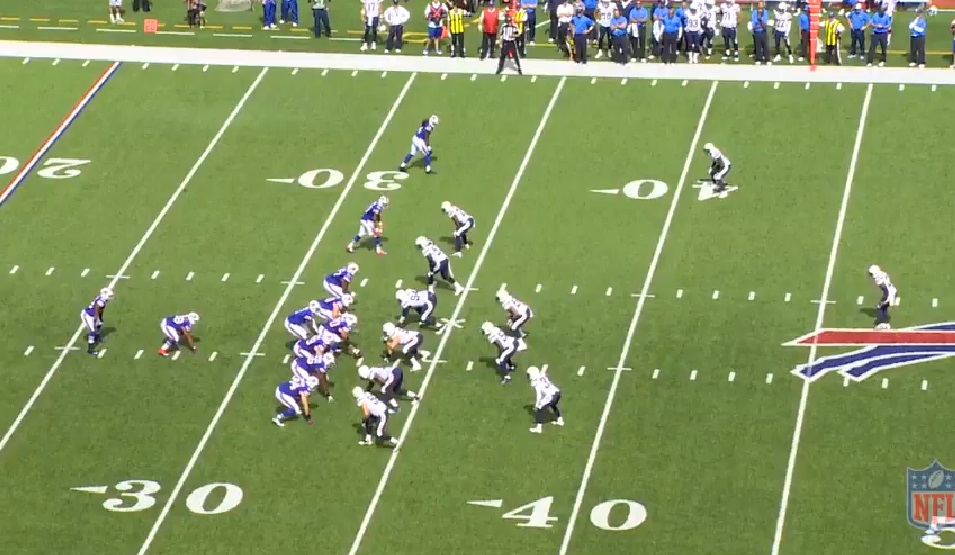 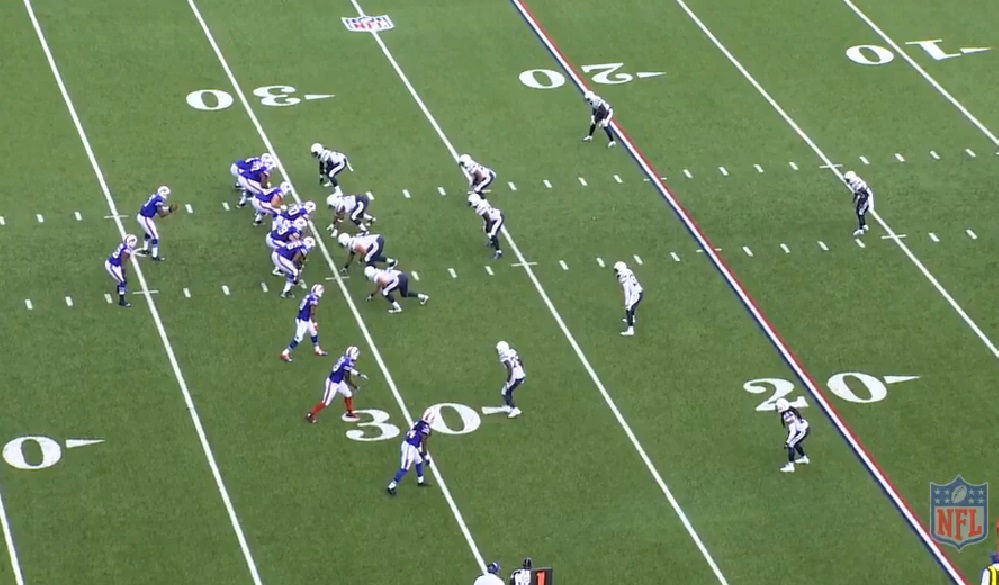