The season-opening matchup between the Bills and the Colts features creative coaches, plenty of elite talent, and two AFC teams that are trying to take the next step in ascending the conference's power structure. This is our preview of a highly interesting Week 1 contest.

The Buffalo Bills open the 2015 NFL regular season on Sunday against the Indianapolis Colts, providing fans of pro football with a highly interesting opening-day matchup for a reason that lies beyond the X's and O's of it all: these are two AFC squads that are on the cusp of reaching new heights.

For the Colts, they're entering the fourth year of the Ryan Grigson (GM), Chuck Pagano (head coach), and Andrew Luck (quarterback) era. In their first three years together, the Colts have finished the regular season with an 11-5 record each time out, and have progressed one game further in each successive postseason: after bowing out in the wild card round in Luck's rookie year, they reached the divisional round in 2013, and then the conference championship game this past January, where they were promptly trounced by New England. Now on the cusp of greatness, Indianapolis has one clear goal in mind: Super Bowl 50.

Back in Buffalo, the goals are more modest, but important nonetheless: the Bills have missed the playoffs for 15 straight seasons, the longest active streak in the NFL. They would desperately like not only to bring that streak to an end, but to re-establish the franchise as a perennial playoff contender in the AFC. The Bills are coming off of their first winning season in a decade in 2014, when they finished 9-7, and boast one of the NFL's best defenses - one that should continue to play well with Rex Ryan heading up the coaching staff. Major additions to the offense, including new starting quarterback Tyrod Taylor and skill players LeSean McCoy, Percy Harvin, and Charles Clay, have helped to turn this into the most talented Bills roster in years. Their journey toward ending the franchise's misery begins against that Colts team targeting a trip to the San Francisco bay area in February.

Keep up with our Week 1 coverage

During his first press conference of Week 1 on Wednesday, the mercurial, heart-on-his-sleeve Ryan spent several minutes imploring Bills fans to make as much noise as possible when Luck and the league's best passing offense are on the field this weekend. The tactic probably was not necessary - the Bills sold a record number of season tickets this year, and excitement from the fan base hasn't been this high in years - but it speaks to the idea that the Bills, with Ryan at the helm and facing mounting pressure to field a winner, are trying to shake free of the pessimistic fan mentality that has grown in each of the past 15 seasons.

It's unfair to burden Ryan's first Bills teams with failures of yesteryear, but Ryan is not wrong to try to milk as much out of Bills fans in a rather important opening contest: historically bad teams don't have much of an advantage playing at home, and the Bills have been no exception. Despite the efforts of the hardiest fan base in the league, the Bills are just 8-7 in home openers during their playoff drought. Meanwhile, in three seasons with Luck under center, the Colts are a healthy 14-10 on the road, going 4-4, 5-3, and 5-3 from 2012-14, respectively.

These Colts are going to be very good, and the Bills go into this game slightly undermanned on defense, with two starters missing. They are going to need every advantage they can muster, and Ryan seems to know it. 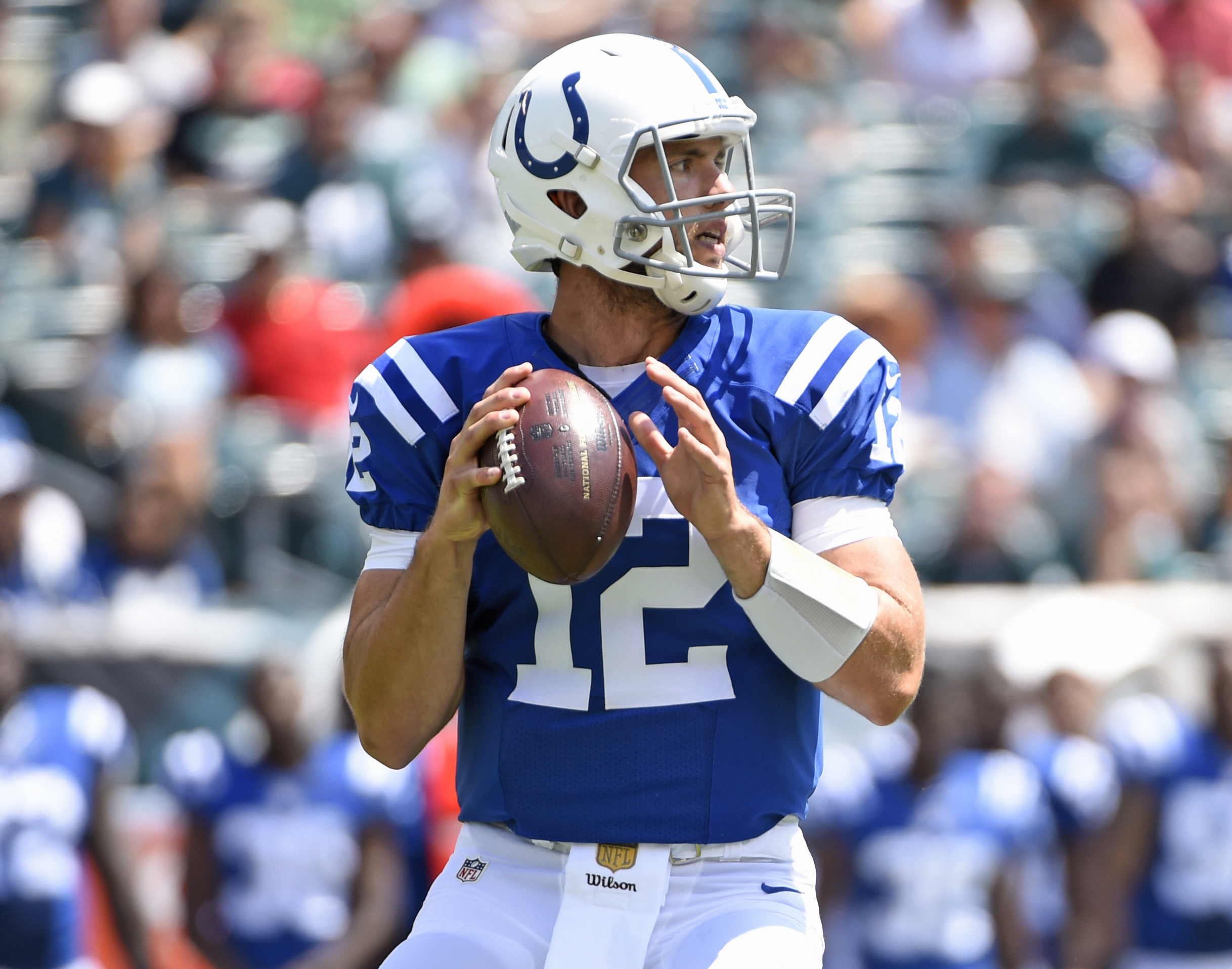 Indianapolis' offense is excellent, despite the fact that they did not have much of a running game last season - they signed veteran workhorse Frank Gore in free agency to try to balance themselves out a bit - and despite their offensive line lacking in both run blocking and pass protection productivity. The credit for the team's success goes to coordinator Pep Hamilton, the team's deep and talented group of skill players, and especially Luck, who masks offensive deficiencies better than all but a handful of quarterbacks in the league today.

Luck is not without flaws. He is the most commanding physical presence in a NFL huddle today, and plays the game that way; no quarterback can take a beating with a smile on his face the way Luck can, but from time to time, that temperament can be stretched a bit too far. He will hold onto the ball too long on occasion, and he'll also force the ball into tight throwing windows, a risk-reward style of play that pays off frequently, but also led to six lost fumbles and 16 interceptions last season.

Considering the athletic deficiencies of the line in front of him, particularly on the interior, you can expect Ryan and his aggressive Bills defense to run stunts and blitzes in the A and B gaps frequently, trying to stress that line and pressure Luck into taking risks. Not having the suspended Marcell Dareus on the field will make that tactic more difficult to pull off, but the Bills are still more than talented up front to compensate. That strategy is a risk by itself, but it's a far preferable strategy to playing more conservative coverages and watching one of the league's best passers pick you apart, drive after drive.

The Colts can counter with both scheme and skill advantages. Hamilton, who is entering his fourth season working with Luck (three in Indy, and another at Stanford), will throw out unbalanced lines and multiple-tight end sets to supplement his line's pass blocking deficiency, and stress Buffalo's back seven with impeccably-timed vertical route combinations. The tactic will, at times, remind Bills fans of the way that new coordinator Greg Roman prefers to test defenses with formations and personnel groupings.

Hamilton also has a variety of skilled receivers at his disposal, and can use either size (Andre Johnson, Donte Moncrief, or tight ends Dwayne Allen and Coby Fleener) or speed (T.Y. Hilton and rookie Phillip Dorsett) out of the slot. That array of talent will stress Buffalo's secondary - their safeties, in particular - and force Ryan and coordinator Dennis Thurman to think twice about when and where they're dialing up pressures and kicking coverages from one side of the field to the other. Ryan's best plan of attack, at least to start the game, will be to put top cornerback Stephon Gilmore on the veteran Johnson, line up rookie Ronald Darby over the speedy Hilton with as much safety help as he can muster, and then hope that the rest of the players on the field can handle the backs and tight ends in the Colts' arsenal.

New faces in Bills vs. Colts

Anyone paying even the slightest bit of attention this offseason knows that under Ryan and Roman, the Bills' plan of attack offensively will start and (if all goes well) end with the running game. It's why the team put more than $18 million in guaranteed money behind McCoy, and also brought in two new starting guards in rookie John Miller and infamous veteran Richie Incognito. It may have even been a factor in naming Taylor, a dangerous running threat, the starting quarterback.

So while the Colts will be loading up to slow down McCoy and the Bills' running game on Sunday, the eyes of Buffalo's fan base will be on No. 5, the former Baltimore Ravens backup that beat out Matt Cassel and EJ Manuel for the starting job this summer in part because of his running ability (11 carries, 108 yards, one touchdown in three preseason games). He will supplement the running game in some fashion, but he can truly make his mark through the air - though the Colts certainly won't make that easy.

Indianapolis has enough talent to make life difficult for Taylor as a passer; they can line up elite cornerback Vontae Davis across from top wideout Sammy Watkins all day (and seem very likely to do so), which should be a highly entertaining matchup to monitor, and they'll muster enough pass rush out of a surprisingly creative blitz scheme and free agent signee Trent Cole to keep Taylor from settling in the pocket. (Keep an eye on situational pass rusher Jonathan Newsome, as well; the 2014 fifth-round pick accumulated 6.5 sacks as a rookie, and is the team's highest-upside edge rusher.) If Watkins can't consistently win his matchup with Davis, Taylor will have to rely on secondary receiving targets like Robert Woods and new tight end Clay to move the sticks, and a Bills offense that has to settle for long drives over home run plays is probably what their opponents will seek this year.

The Bills would, however, appear to have a golden opportunity to establish an effective running game early, if their re-tooled offensive line plays well enough within Roman's diverse blocking system. Indianapolis is enduring some radical personnel changes to their defensive line, with veteran Arthur Jones placed on IR last week, and after releasing 2014 starting nose tackle Josh Chapman (a college teammate of Dareus) in favor of fifth-round rookie David Parry. Another rookie, Henry Anderson, is expected to play a large role up front, as will free agent addition Kendall Langford, one of the most durable defensive linemen in the league. The Colts do feature two solid run-stuffing inside linebackers in Jerrell Freeman and D'Qwell Jackson, but if the Bills can establish their bread and butter early, those two players - plus an iffy safety group - can be manipulated and beaten dropping back into coverage off of play fakes. 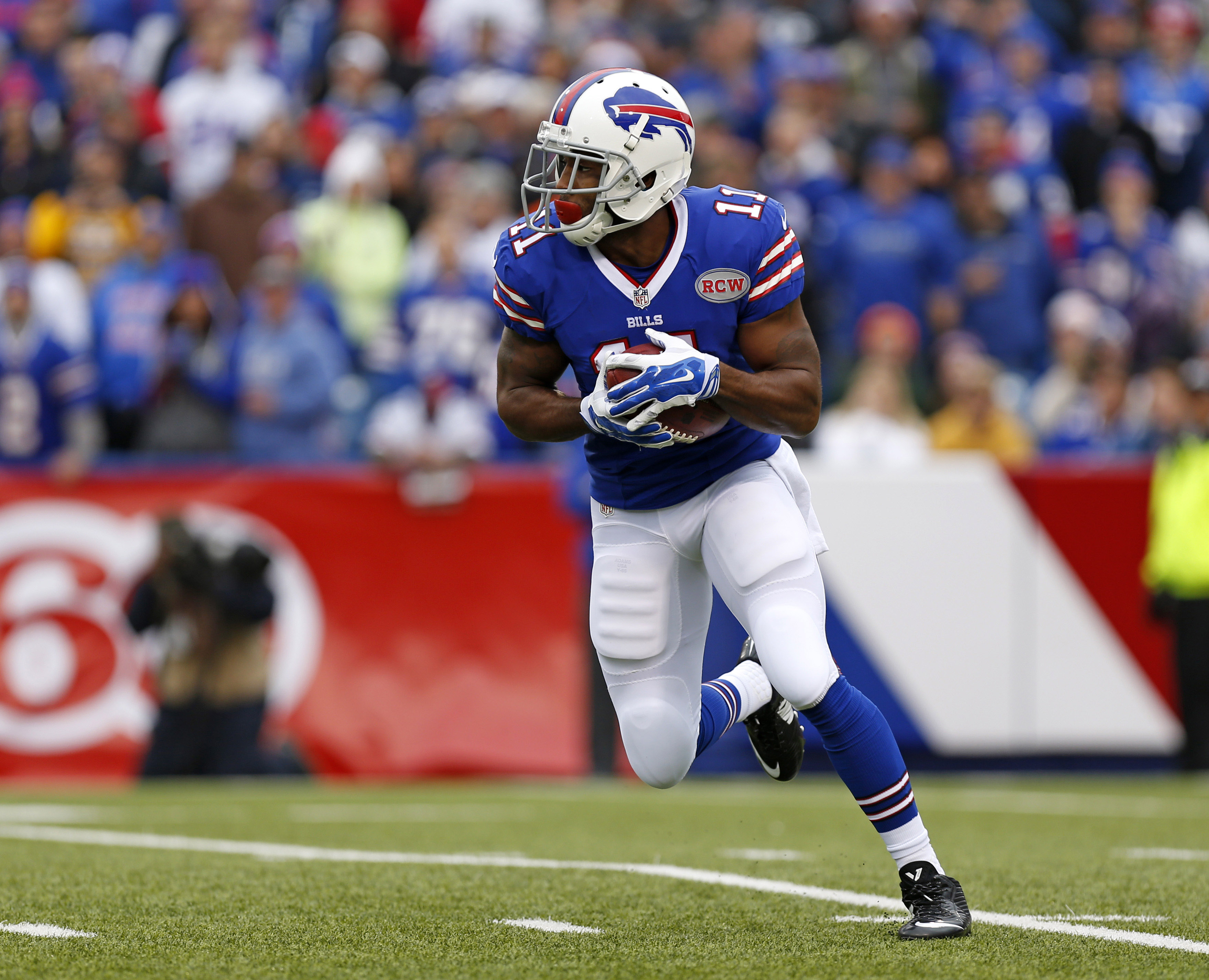 The Colts and the Bills have elite talent on both sides of the football, and are facing demanding expectations in 2015 - expectations separated only by the difference between the two players under center, Luck and Taylor. The Bills want to end a 15-year playoff drought, while the Colts want to take the next step and reach the Super Bowl. Both teams are more than talented enough to meet those goals, and the ensuing chess match between great players and creative coaching staffs should prove to be a highly entertaining way for the 2015 regular season to begin.