No matter what interests you about NFL football - interesting, high-profile personalities, great players and coaches, big (early-season) stakes, or X's and O's - the Week 2 matchup featuring the Bills and the Patriots has it in spades.

Most fans of the Buffalo Bills were prepared for Rex Ryan to take the team into the spotlight, one way or another, during the 2015 season. It took only one convincing 27-14 win over a perennial AFC playoff team, and an impending matchup with the defending Super Bowl champions, for Ryan's Bills to arrive on the national scene.

The Bills, thanks to their opening-day throttling of the Indianapolis Colts, are suddenly the talk of not just the town, but the NFL landscape. Reasonable, knowledgeable pro football pundits are not only expecting the Bills to put up a good fight against a New England Patriots team that has beaten them in 23 of their last 26 tries, they are picking the Bills to win. ESPN's SportsCenter is broadcasting live from Ralph Wilson Stadium on Sunday morning. People from Guinness World Records will be on hand, on the dime of an excited fan base, to measure crowd noise.

We have seen our fair share of much-hyped, early-season Bills games in recent years, but with names like Ryan, Belichick, and Brady on the docket, and the added expectations set forth by the Bills' strong Week 1 performance, and you're left with the most interesting Week 2 matchup on the NFL schedule this weekend.

Keep up with our Week 2 coverage

For six years running now, the twice-annual matchup between Ryan and Bill Belichick (and, of course, their respective teams) draws eyes on a national level. This happens despite the fact that Belichick's Patriots are 9-4 all-time in games against Ryan's New York Jets, and it'll continue this weekend even considering New England's dominance over the Bills during their 15-year playoff drought.

A lot of time and energy goes into identifying every difference, obvious and subtle, between these two head coaches. Most of the time, these are surface-level observations, stopping in large part at Ryan's bravado and say-anything approach juxtaposed with Belichick's control-freak, buttoned-up nature. That's interesting and all, but it glosses over the real reason that this matchup is so compelling: both of these coaches are consistently on the cutting edge when it comes to system and scheme at the NFL level.

Naturally, Belichick's genius outshines Ryan's based on the level of success his teams have enjoyed compared to Ryan's, but there's a reason that, aside from a few outliers, Pats-versus-Jets games were always competitive affairs - both of these coaches can make adjustments to both exploit and cover up weaknesses on the fly. Games featuring Belichick and Ryan are glorified chess matches, with new wrinkles being tossed in by both coaches during the course of the game. It is highly entertaining fare, and in Ryan's first game against Belichick with the Bills, the stakes are higher in this matchup than they've been in a good, long while. 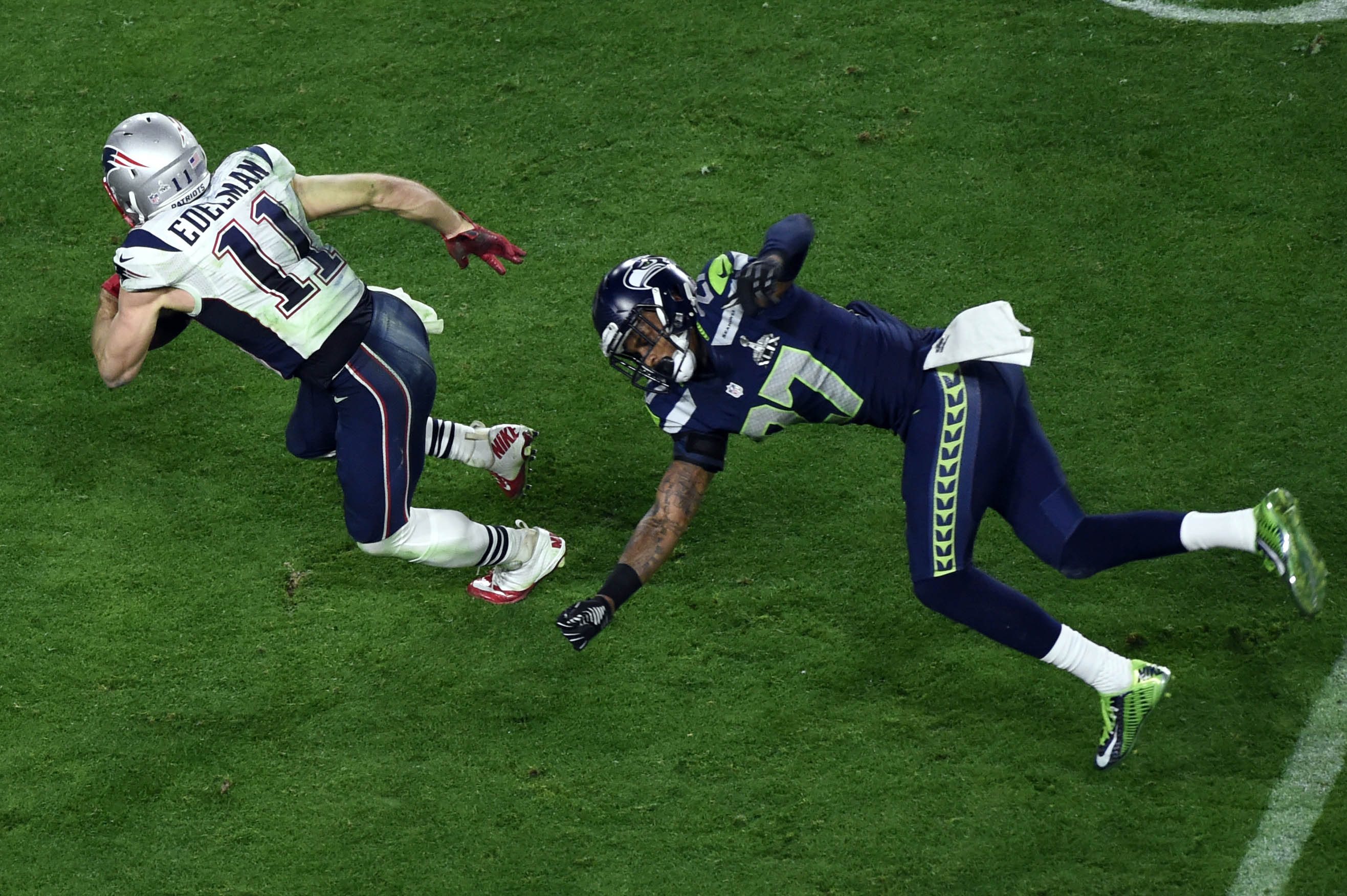 When it comes to the Belichick-Ryan chess match, much of the action on Sunday will center around the game's best player: Patriots tight end Rob Gronkowski, the best at the position in the league at present, and one of the best in league history at the ripe age of 26.

There are other players that the Bills need to worry about. Running back LeGarrette Blount is back from a one-game suspension, and he has shredded Buffalo's run defense in each of his last two games against them (combining for 34 carries, 251 yards, and two touchdowns). He'll headline one of the NFL's most diverse rushing attacks, one that also features Dion Lewis, the quick and versatile back that Ryan feigned disinterest in during a press conference this week. Gronkowski is the team's top weapon, but they also feature a couple of interesting slot-type receivers in Julian Edelman (nine receptions, 91 yards in one game against the Bills last season) and Danny Amendola, who fills in for an injured Brandon LaFell (who killed the Bills last season in Orchard Park). Scott Chandler, the former starting tight end for the Bills, will also show up in the lineup, as well.

There's also that Tom Brady guy orchestrating everything. There are some concerns about the line blocking in front of him - the Patriots start two rookies at center (due to injury) and right guard, respectively, and are generally a work in progress as a result - but few quarterbacks in league history are as adept at pre-snap reads and pocket movement as Brady is. The versatility of his running game, and the combination of Gronkowski's size and physicality and the shiftiness of Edelman in space, gives the Patriots everything they need to beat even the staunchest of defenses in a multitude of ways.

Ryan knows that the Pats will split move Gronkowski around the alignment (more on that in the gallery below), incorporate three-step drops and play-action to mask their line deficiencies, and work their star tight end in the seams against zones and pick plays to free up their receivers against man. He knows that Brady will go up-tempo at any given point in time, when they have a Bills personnel group on the field that they feel that they can exploit, and will have his defense prepared for that, as well. He will counter with an attempt at A-gap pressure, mixing coverages to try to stay a step ahead of the Pats' play-calling, and disrupting the timing of New England's route combinations by jamming receivers at the line and running multiple bodies at Gronkowski.

This is a really good offense, and a really good Bills defense that, despite the versatility of the skill players involved, matches up well with the Patriots, particularly in the trenches. Let the chess match begin.

How much do the Patriots move Gronkowski around? The above gallery, which features stills of Gronkowski lined up in five different positions on the field, comes from New England's first drive of the 2015 regular season - a drive that lasted all of six plays.Bills O vs. Patriots D

As interesting as the previous matchup is, there's plenty to be interested in when the Bills' offense trots out onto the field against an underrated Patriots defense, as well.

The intrigue starts at running back, where LeSean McCoy - who has been dealing with a hamstring injury for over a month - is officially listed as questionable after missing half a practice on Thursday. The star running back will be the focus of defensive game plans for the foreseeable future, and while there is concern over the hamstring long-term, you can very safely assume that McCoy will be on the field on Sunday - and that Belichick and company will be striving to stop him, first and foremost.

That'll put the onus on quarterback Tyrod Taylor, making his second start following a debut in which he played well, but also did not have to do much, as well as a Bills passing offense that saw its top target, Sammy Watkins, held without a reception in Week 1. Watkins, who is clearly the Bills' most dangerous skill player aside from McCoy, should be a focal point of the Bills' game plan this week; unlike Indianapolis, who have one of the game's best corners in Vontae Davis that the team very clearly wanted to avoid, the Patriots don't have a top-flight player at that position. Super Bowl hero Malcolm Butler will see Watkins a lot, and while Butler is a good young player, that is a matchup that Watkins will win - and that the Patriots will have to try to supplement in some way with a mix of man and zone coverages.

Belichick has long been considered a defensive mastermind, and has put together a group of personnel that allows him to play any of a number of fronts throughout the course of a game. The keys to that approach are linebackers Jamie Collins and Dont'a Hightower; Collins is an emerging star, an athletic, versatile playmaker who can line up in several different spots, while Hightower is an attacking run defender that can also blitz effectively. Those two players will be expected to key a Patriots run defense trying to make do without Vince Wilfork - they were gashed by Pittsburgh in Week 1 - and limit Taylor's pocket escapability as much as possible.

This Patriots defense is good, but not without vulnerabilities - and the same may very well be true of Buffalo's offense. We know what the Bills' identity on that side of the ball is; they'll run, try to control the tempo of the game, and ask Taylor to win the game with a handful of big plays. That can be accomplished against this Patriots defense, but with Belichick calling the shots, it's always easier said than done. 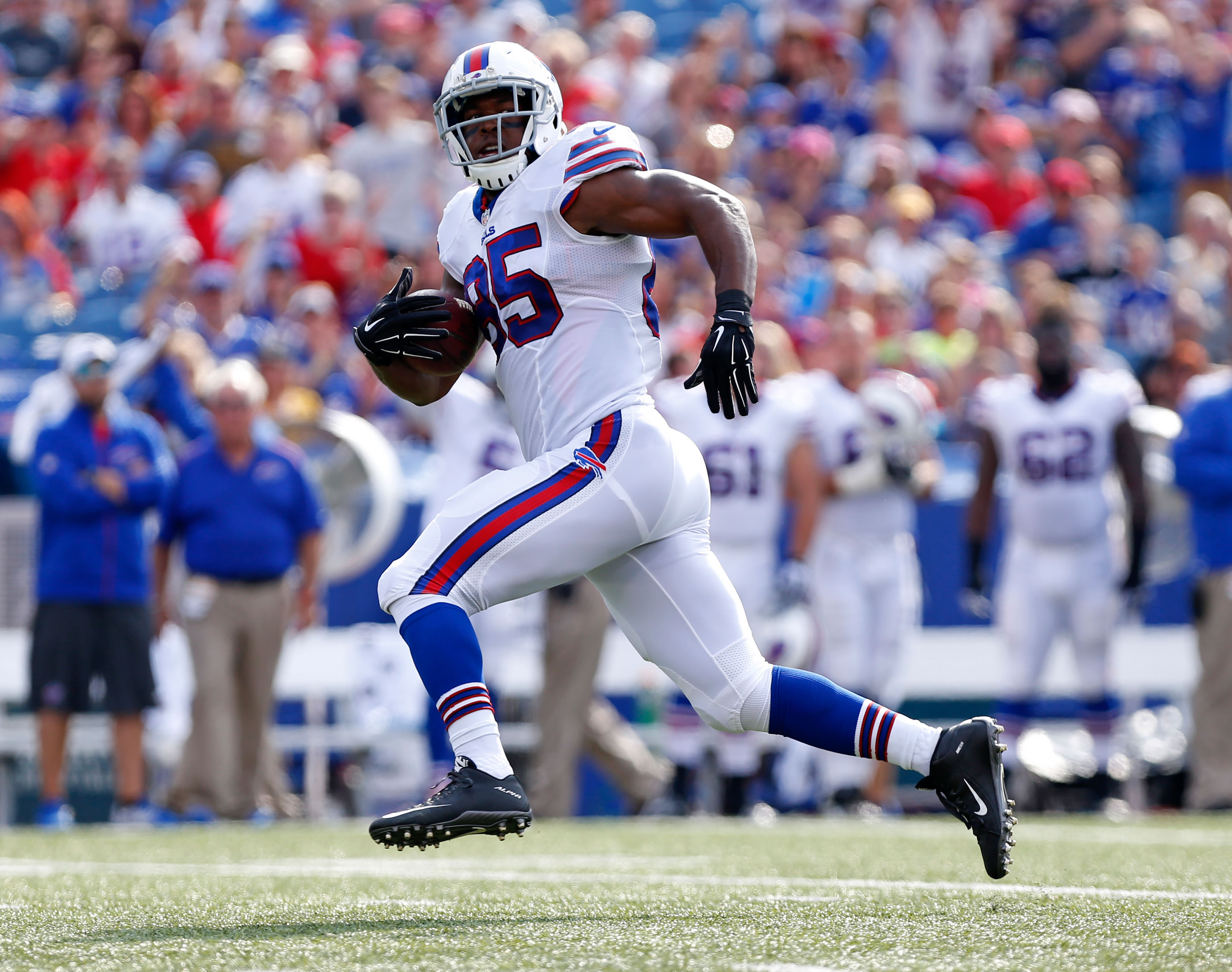 Come for the early-season divisional stakes and the personalities involved, sure, but stay for great players, top-notch coaching, and the give and take on the gridiron that's only possible between two skilled teams coached by two cutting-edge schemers and play callers. Whatever you're looking for in a pro football game, this Bills-Patriots matchup has it in spades - and that's exactly why the Bills have a golden opportunity to make a big statement about their 2015 outlook on a national stage this Sunday.