The 2-0 Buffalo Bills are looking to maintain the momentum of their hot start against the 1-1 San Diego Chargers, who are riding their own wave of momentum east after upsetting Seattle. Here's our Week 3 preview for the Bills-Chargers tilt.

That's four 2-0 starts in 14 years. One team finished .500; the other three were worse. These are the teams that the current Bills, 2-0 in their second season under Doug Marrone, have been compared to this week.

Expectations for these Bills have changed thanks to back-to-back wins: tickets and jerseys are selling like crazy, people are already paying attention to the team's playoff odds, and morale has rarely been this high in the region thanks to the sale of the franchise to Kim and Terry Pegula. The Bills will be attempting to keep the good times rolling when they take on the San Diego Chargers - fresh off of a big win of their own over defending champion Seattle - on Sunday in Orchard Park.

Keep up with our Week 3 coverage

The Bills fancy themselves playoff contenders this season. They've done that before; in order to actually follow through on that notion, they will need to continue to hold serve in Ralph Wilson Stadium. Things have gone well in that venue lately, with the Bills winning their last three games at The Ralph by a combined score of 85-24. The first of those games, however, was a 37-14 drubbing of a New York team led by then-rookie Geno Smith, while the last two have come against a Miami team that the Bills currently own.

San Diego presents the Bills with far more potent issues to overcome than either of those division rivals - we'll get to those below - but on the extenuating circumstances scale, this game clearly tips in Buffalo's favor. San Diego is traveling three hours east for this contest, which is never an easy thing to do, and they're doing it a week after taking down Seattle. During the course of the 2013 season, teams were 5-9-1 the week following their tilt with the eventual champs; Minnesota managed to eke out a tie in Green Bay (who were playing without Aaron Rodgers), while just two teams (the Giants at Detroit, and San Francisco at Tampa Bay) were able to win road games the week after a Seattle game.

It's still early in the season, so perhaps it's not yet time to play up these potential advantages. But any Bills fan that was at The Ralph for last Sunday's win knows that playing in this stadium is no cakewalk, and it'll be made tougher following a wild Chargers win over one of the best teams in football.

So far, things have gone well for a Bills offense that looked genuinely terrible during preseason action: EJ Manuel has seen significant gains in completion percentage (66 percent, up from 58 percent as a rookie) and yards per attempt (7.8, up from 6.4), the team is still getting occasional big gains out of its running attack, and key skill players (chiefly C.J. Spiller and Sammy Watkins) are doing most of the work in producing yards and points for a very green unit.

One byproduct of playing the majority of two games with leads: the offense that coordinator Nathaniel Hackett desperately wants to go fast has slowed down noticeably, running an average of 11 fewer plays per contest than they did this time a year ago, when Manuel was first breaking into the league. Ideally, that won't change, and not just because the offense is in a pretty good groove right now; the Chargers held the ball for over 42 whopping minutes against Seattle, and the Bills will be even less eager to afford San Diego such major advantage. Still, the Chargers are also much more multiple with their defensive formations than either of Buffalo's first two opponents, so don't be shocked if the Bills do go up-tempo at times; their goal in doing so will be to limit what the Chargers can do in terms of pre-snap disguise, making the defense easier to read for Manuel.

Watkins (148 receiving yards and a touchdown) and Spiller (122 rushing yards, 20 receiving yards, a touchdown, and a kick return score), the Bills' two Top-10 Clemson picks, have accounted for three of the Bills' four touchdowns so far this season, as well as 42.6 percent of all offensive yardage. They will, undoubtedly, be the players that San Diego game plans for specifically. Bottling up the run is always of the utmost importance defending the Bills, but eliminating big ground gains will be especially critical, considering that the Bills have already accumulated six runs of 10 or more yards this season, including a 38-yarder and two 47-yarders. As for Watkins, the Chargers can line up veteran Brandon Flowers across from him, and after his 117-yard effort against Miami, the rookie should expect some extra attention. Players like Robert Woods, Mike Williams, and Fred Jackson will need to step up and contribute more than they did against Miami if the Chargers are able to scheme either of the two big guns out of the stat sheet.

Where the Bills have genuinely struggled is in the red zone; there is a reason, after all, that kicker Dan Carpenter has already attempted nine field goals this season, with seven of those attempts within 40 yards. The team is still struggling to run the football in the red area, and young quarterbacks notoriously have issues in that portion of the field. San Diego has a lot of individual talent on the defensive side of the ball - Corey Liuget on the line; Dwight Freeney and rookie Jerry Attaochu off the edge (top rusher Melvin Ingram won't play due to injury); Donald Butler at linebacker; and Flowers, Eric Weddle, and rookie Jason Verrett in the secondary - so they'll have their work cut out for them in those circumstances. Playing a high-powered San Diego team, the Bills know they're going to need more than a handful of field goals to come away with a win. 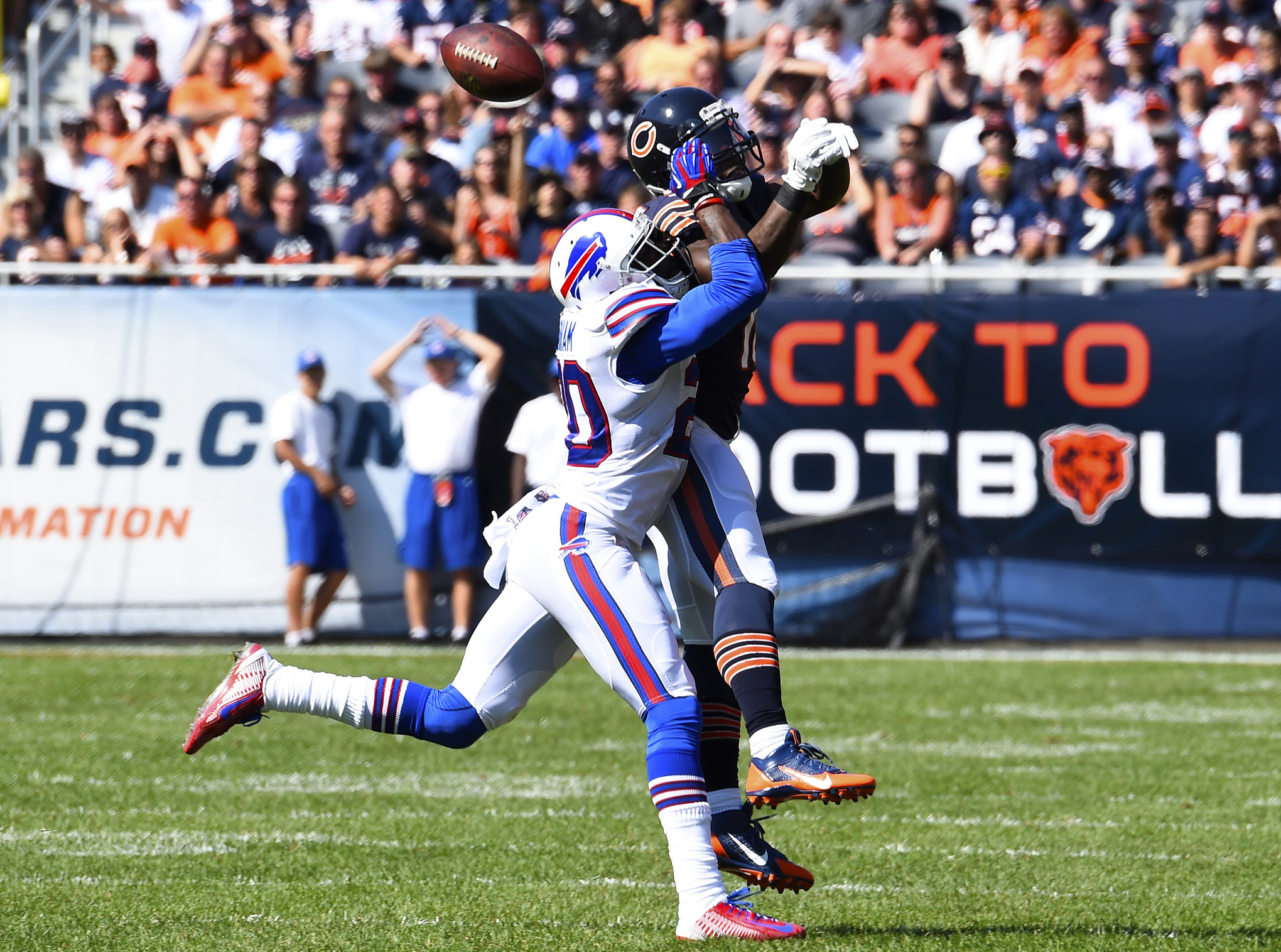 How good was San Diego's offense last week against a Seattle outfit that has had some bold analysts hearkening the return of the '85 Bears? That 42-minute time of possession figure is staggering, as was their 10-for-17 third down conversion rate. Seattle bottled up the Chargers' running game (101 yards on 37 carries) and harassed the quarterback consistently in that contest, but Philip Rivers played one of his best games ever (28-of-37, 284 yards, three touchdowns, no picks), and the Chargers controlled the flow of the game against one of the best football teams on the planet.

It's not a perfect unit that Buffalo legend Frank Reich is coordinating, by any means; an already-struggling running game (2.5 yards per carry against Arizona and Seattle) will be without starter Ryan Mathews, who sprained his MCL in Week 2. The Chargers' offensive line, coached by former Bills line coach Joe D'Alessandris, is also banged up, with center Nick Hardwick on IR due to a neck injury. (Their backup center, Doug Legursky, is also a Bills cast-off.) Buffalo's defensive line was dominant in last week's win over Miami, and they'll look to continue that trend against the Chargers.

It may not matter if the Chargers can protect Rivers or stay balanced; it certainly didn't against Seattle. Rivers has firmly established himself as one of the best quarterbacks in the NFL, and enjoys one of the league's better groups of receivers, highlighted by veteran tight end Antonio Gates and second-year receiver Keenan Allen. One of the best quarterbacks in the league at mitigating pressure, Rivers will utilize quick throws and an uncanny ability to make unorthodox throws to keep the Bills from committing extra rushers to the cause.

Jim Schwartz has done a nice job, to this point, of keeping Buffalo's defense aggressive within the context of his own scheme, and has emphasized getting off the field on third downs (opponents are 10-of-28 so far) and limiting points (30 in two games). That will be an especially tricky thing to do against the Chargers, whose passing offense is all about keeping drives alive and taking select shots down the field. It's a matchup of strength on strength, and there are plenty of big-name players on both sides of the football. It should be a fun matchup.

Chris Gragg: Buffalo will have blocking tight end Lee Smith back in the lineup for this game, but his replacement, Gragg, acquitted himself quite nicely in two fill-in appearances. The Bills might now have three viable tight ends, so expect to see a lot of two tight-end formations to better match up against the Chargers' hybrid front; if and when that happens, Gragg should continue to see playing time, even with Smith and Scott Chandler in front of him on the depth chart.

Preston Brown: The only Bills defender to play every snap so far this season is the third-round rookie from Louisville, Brown, who has assumed the Kiko Alonso every-down role, at least for as long as he's in the lineup. That should continue Sunday, with starter Keith Rivers doubtful to play with a groin injury. Matching up not only against Gates, but another highly talented tight end in Ladarius Green, plus a trio of sound receivers and the next name on our list of receivers, Brown and the Bills' safeties will need to be on point to keep the defense on the field as infrequently as possible.

Danny Woodhead: For Bills fans, the name Woodhead invokes nightmares. His role in the NFL has never been significant enough to warrant top-tailback status, and that remains the case in San Diego, but he has notoriously killed the Bills. In six career games against Buffalo - all of which came with New England - Woodhead logged 24 carries for 176 yards and three scores, plus another 14 receptions for 131 yards and two more touchdowns. You can bet that the Bills will know where Woodhead is pre-snap on Sunday, but it historically has not mattered. 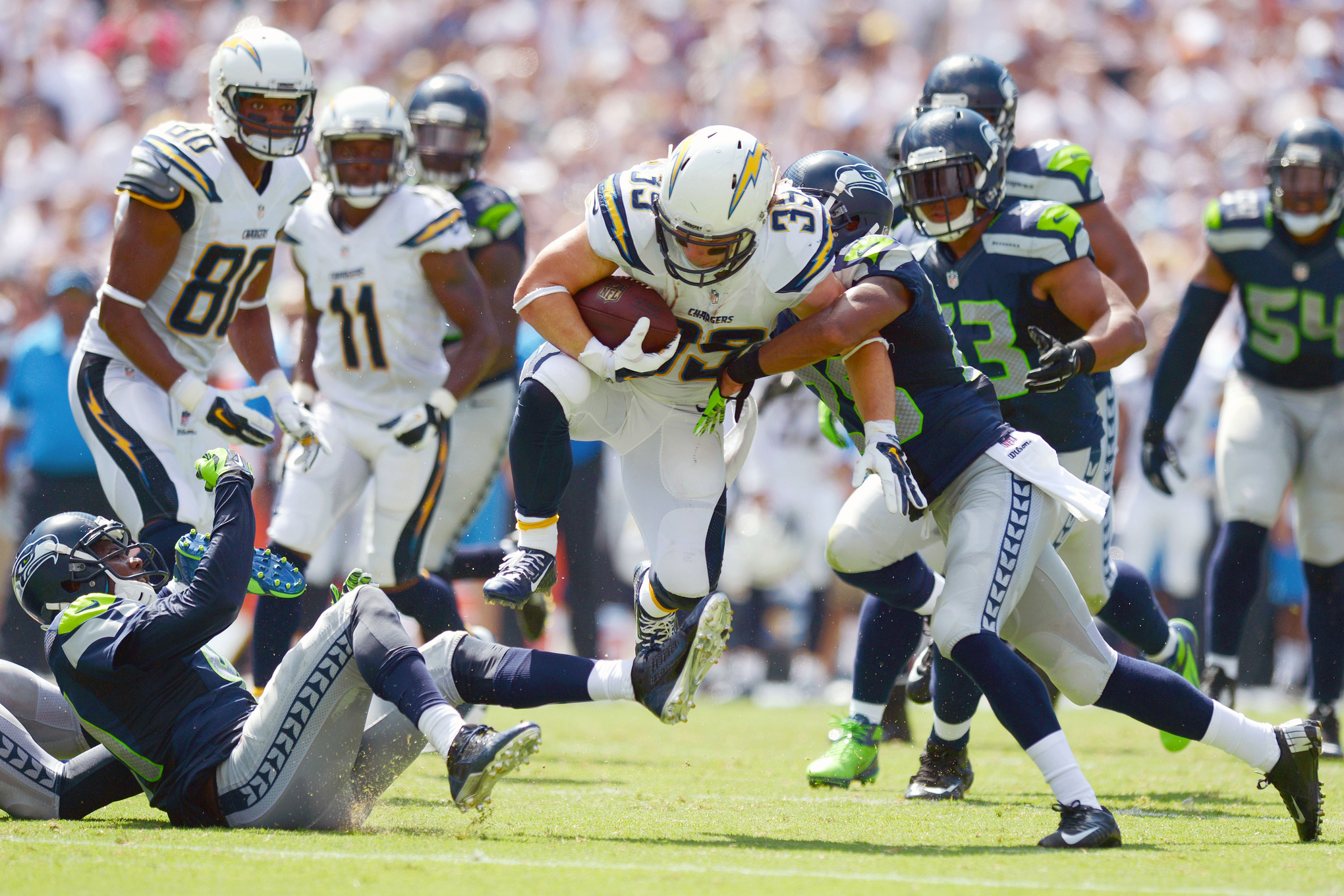 Donald Butler: San Diego did not have a great defense in 2013, and they have still proven susceptible to both the run and the pass against two rock-solid opponents in 2014, but they have skill on that side of the ball. Butler seems to consistently fly under the radar, but is one of the NFL's most underrated playmaking linebackers; now in his fourth year in the league, Butler has logged 5.5 sacks, three interceptions, four forced fumbles, and a touchdown through his first 41 games. In terms of linebackers, Butler, not Manti Te'o, should be the guy that Bills fans are focusing on.

San Diego is an excellent football team, capable of competing with Denver for the AFC West crown and looking like a strong bet to make the playoffs out of the AFC again. In a vacuum, they are a better team than the Bills based purely on the gap between Rivers and Manuel, but the difference is not as big as you'd imagine. This game isn't being played on paper; it's in Orchard Park, on the East Coast, with the Chargers trying to maintain effort and energy levels after leaving it all on the field against Seattle. The Bills are talented in their own right, too, and in this particular contest, we're betting that their home-field advantage will trump the edge that San Diego has on paper. Bills 24, Chargers 22